You are here: Home / Archives for Larry Goldbetter 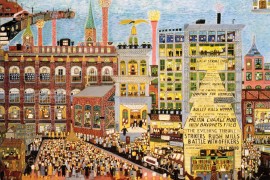 The National Writers Union and all of our freelance members want to congratulate the staff writers and editors at Gawker Media on their overwhelming vote to join the Writers Guild of America-East. As workers in the creative economy, we know that all too often our work is undervalued by those who profit from it the […]