You are here: Home / News / NWU is on Women’s Marches from Coast to Coast 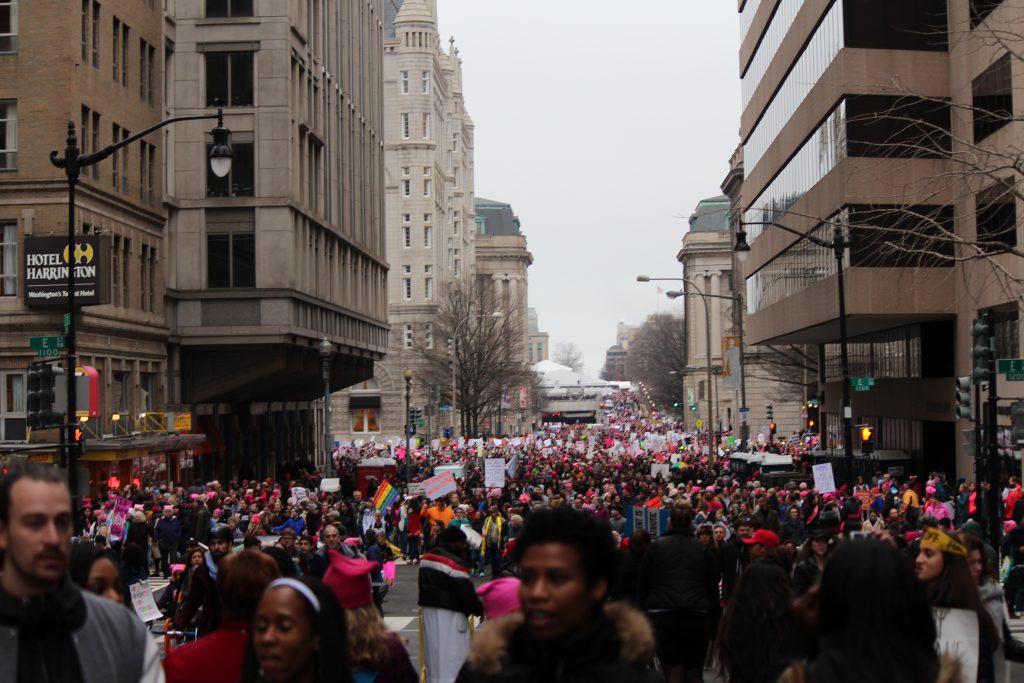 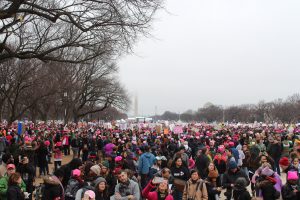 NEW YORK
“On Election Day, I went in my room and cried. Ever since, I’ve been feeling depressed and scared. I was going to bring my daughter today, but I was scared and kept her at home. But after today, I feel hopeful and confident again.”

That’s what one woman, a member of a small Harlem church, said on our bus ride home from the Women’s March in Washington, DC, which  took place  Saturday, January 21.

I think she expressed the universal reaction of the 3.2 million who marched throughout the US, along with many more around the world.

The Women’s March was truly an historic event, particularly for the way that it united the struggles for gender equality, women’s healthcare, racial and immigration justice, and labor and human rights.

The more than 1200 charter-bus permits issued for the day, dwarfed the 200 bus permits granted for Trump’s inauguration the day before.

NWU members participated in many of the marches, from LA to Little Rock! In New York, we mobilized 60 members, family and friends to be part of the 11-bus UAW caravan.

We were able to get a small group of our sisters in the Writers Guild of America East on our bus as well. The DC Chapter was out in force and there were more UAW buses from MA, CT, and MI. Our own Financial Secretary/Treasurer came on a UAW bus from IL, and we even ran into UAW members from a GM factory in MO! One new member, a working writer from NYC, organized a party of eight to join us.

You will hear more from our members on social media and on our FB page. As the sister from Harlem said, we can all feel more hopeful and confident in each other and in our union. We are stronger today than we were last week, and in better fighting shape for the many struggles that lie ahead. Our strength truly is in our numbers, and in taking to the streets. 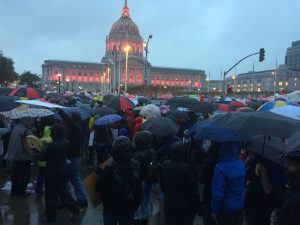 The Northern California Chapter members joined over 100,000 people marching in the streets of Oakland and an estimate of 150,000 in San Francisco —women and men, children and grandparents, gay and straight, all backgrounds, colors, and religions, union and nonunion.  The crowds were shoulder to shoulder, but the mood was respectful, joyous, and with sisters and brothers very determined to stand up and speak out for each other, even in the pouring down rain. And it wasn’t just in the big urban areas.  In Redwood City, a smaller community south of San Francisco, an estimated 2,500 faith leaders and politicians, school children and health care advocates, civil rights activists and Planned Parenthood supporters, tradeswomen and NWU members gathered in the city plaza and joined legendary folk singer Joan Baez (she lives in the neighborhood) in song—We shall not be moved!