Los Angeles, June 28 – Yesterday the City Council Committee on Economic Development and Jobs voted unanimously to have the City Attorney draft an ordinance to make Freelance Isn’t Free the law in LA. The new law will  take effect on July 1, 2023, giving the City time to fund staff and enforcement mechanisms, and will coincide with […] 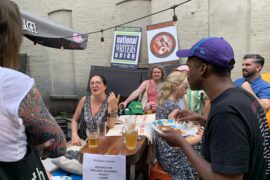 On Friday, June 3, the “Freelance Isn’t Free” bill sponsored by Senator Andrew Gounardes and Assemblymember Harry Bronson passed both the Senate and the Assembly. The bill will move to the Governor’s desk, where it will await her signature to be signed into New York State law.  Thousands of freelancers—both those living in New York, […] 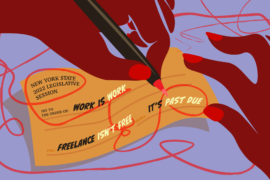 For Immediate Release Sixty-Two Percent of NY Freelance Workers Report Never Being Paid for Work Performed Says New Survey Survey also found that nearly 40 percent of freelancers have had difficulty paying rent or other bills due to nonpayment for services rendered New York (May 11, 2022): A survey by the Authors Guild, Freelancers Union, […] 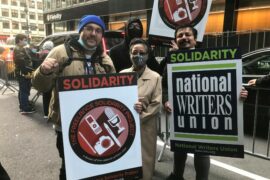 The National Writers’ Union and the Freelance Solidarity Project (NWU’s Digital Media Division), are working to get a statewide version of the Freelance Isn’t Free Act passed in the New York State legislature this year. The bill, which is being co-sponsored by New York State Senator Andrew Gounardes (Democrat – District 22, in Brooklyn) and […] 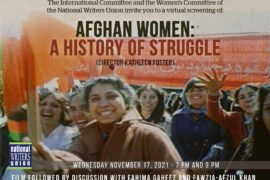 On November 17, the Women’s Committee and International Committee of NWU held an online screening of Afghan Women: A History of Struggle. As the Taliban took control of Afghanistan last summer, more than 140 media outlets closed or were forcibly turned over to Taliban control. Many staff have fled. The director of the Afghanistan media and information center was […]

California Senate Bill 98 heated up as we entered the summer months. The author of the legislation, state Senator Mike McGuire, intended to grant access to the media to protests and other such actions despite pushback from law enforcement. The bill is meant to provide unfettered access without police authorization because many times it is […] 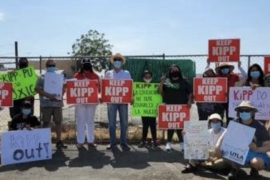 In the city of Cudahy, California—in southeast L.A. County—members of the SoCal Chapter of the National Writers Union joined picketing parents, students, residents, teachers, union leaders and activists. The group stood on a public sidewalk near a large empty lot that is said to be contaminated land. The protestors are concerned that the site will […] 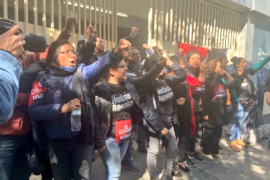 In many ways, the past year has been a test for all of us and for our union. May 25 marked the one-year anniversary of the police killing of George Floyd and the anti-racist uprising that followed. The past year also featured the US Presidential election and the fascist storming of the US Capitol. It […]

At least 322 journalists have been assaulted, 122 have been arrested or detained and more than 980 have reported press freedoms violations since the beginning of the year, according to the US Press Freedom Tracker. First Amendment Groups and Journalists in California were encouraged when state Senator Mike McGuire reintroduced SB 98 last year following […]