Connect with Other Writers 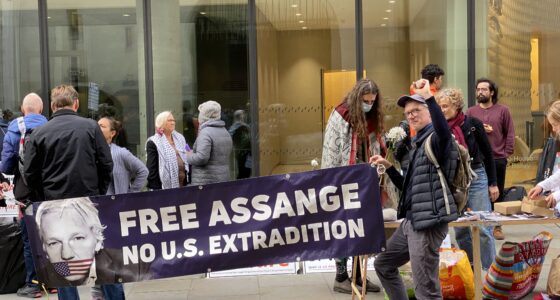 photo: Tim Dawson. Supporters outside the court in London.

WikiLeaks founder Julian Assange’s extradition hearing is currently taking place in London. He has been behind bars in a British prison in the east of London since April 2019, and was initially held in solitary confinement. Assange is a member of the IFJ Australian affiliate MEAA and holds an IFJ press card. He is being charged […]