You are here: Home / Issues We Care About / Freedom of Expression 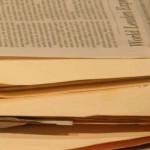 Censorship and Freedom of Expression. For members of the NWU, and writers in general, freedom of expression is an economic as well as a political issue. Without avenues for the expression of divergent points of view and without access to information, the writing profession would cease to exist, as would democracy itself. The centralization of the industry into a few giant media monopolies, and a political climate that supports their corporate ambitions, poses a huge threat to the writers’ economic survival. The NWU actively confronts these challenges.

Specifically, the union has opposed many forms of censorship, from cultural and political biases of the publishing industry, to the burning of books, to the persecution and killing of writers.

Issues We Care About