You are here: Home / News / We Won! Freelance Isn’t Free Passes in NYS! 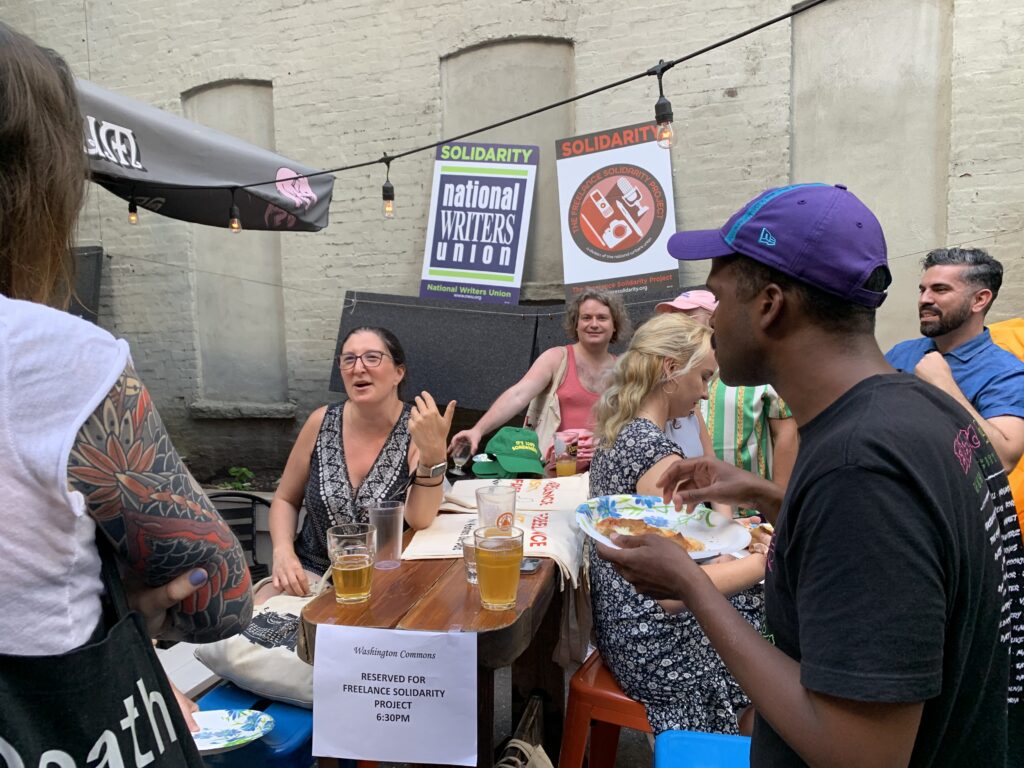 On Friday, June 3, the “Freelance Isn’t Free” bill sponsored by Senator Andrew Gounardes and Assemblymember Harry Bronson passed both the Senate and the Assembly. The bill will move to the Governor’s desk, where it will await her signature to be signed into New York State law.

Thousands of freelancers—both those living in New York, and those working for New York-based employers—will now be guaranteed a written contract, have the legal expectation that they be paid for their work within 30 days, and be free from retaliation for negotiating for higher pay.  Currently, 59 million freelancers, one-third of the US workforce, contribute $1.3 trillion into the economy but have no protections under labor law. This legislation will protect independent contractors from wage theft. Since 2017, the New York City version of Freelance Isn’t Free has collected millions of dollars in unpaid fees for thousands of freelancers around the country.

We’re proud of all of our  members who made their voices heard in Albany and NYC. Thanks to the mobilizing effort spearheaded by Olivia Schwob and Tammy Kim, we were able to reach out to several hundred members of the Freelance Solidarity Project, the Digital Media division of NWU, and got members involved in a dozen different ways. Through phone calls, emails, tweets, and visits to legislators’ offices, we were able to make the legislature pay attention to Freelance Isn’t Free.

We did not do this alone: We built a broad coalition that included the Freelancers Union and about one dozen creative groups and labor unions. We want to give a special shout out to our partners in the International Brotherhood of Teamsters, the Graphic Communications Conference, and Joint Council 16. We could not have done this without them. As ever, our legislative work relies on a growing coalition of labor allies and creator organizations. We are also grateful for the generous support of the Mertz Gilmore Foundation, which has supported our efforts to educate freelancers about payment issues and improve their working conditions.

We were also able to build relationships with our sponsors in both houses of the state legislature. Senator Andrew Gounardes enthusiastically agreed to sponsor the bill back in October of last year, and his staff were enormously helpful in navigating the maze of Albany. Assembly Member Harry Bronson, a labor attorney, had introduced and fought for a statewide version of the bill several years ago, and was able to shepherd the bill through the Assembly.

Even under adverse, pandemic conditions, we were able to do several in-person events to show the scope of our campaign. In February, we went to Albany to celebrate the bill being introduced, and contributed to the coalition’s launch press conference. Twice, we planned lobby days in Albany, with the aim of doing a press conference and then visiting legislators’ offices. Twice we were stopped from going to Albany—first, when our charter bus failed to show up, and second by COVID-19.

But both times, our members responded by visiting the local offices of legislators across three of the five boroughs, including Assembly Labor Chair Latoya Joyner and Speaker Carl Heastie. And in the last weeks of the legislative session, with the bill stalled in  the Assembly, we went to Speaker Heastie’s New York City office to deliver an invoice for the “past due”passage of the bill.

The fight isn’t over. In the end, the leadership raised the enforcement threshold to $800, matching the New York City law. But we’ve still taken a major step to protect freelancers against wage theft.

And with this campaign over for now, our coalition is focused on getting Freelance Isn’t Free passed in the Los Angeles City Council over the summer. Freelancers in several cities have asked how they can get a version of the law passed in their city or state. LA this month, Chicago next year, and soon the rest of the country!