You are here: Home / News / A Year of Living Dangerously 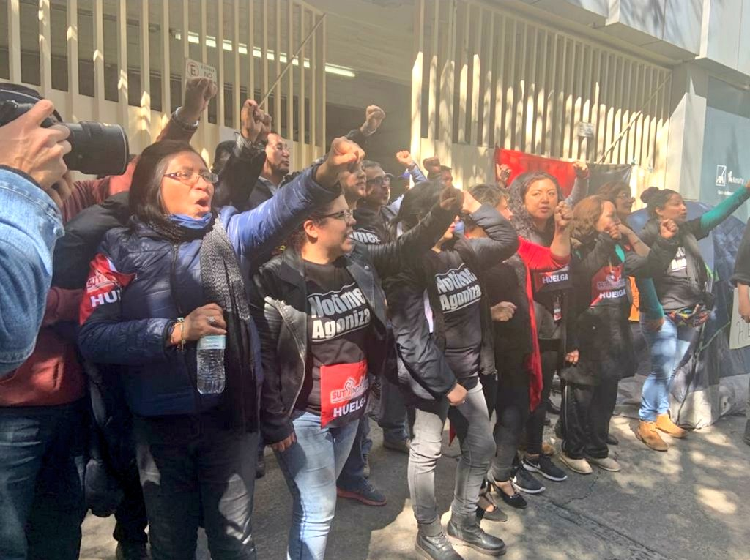 In many ways, the past year has been a test for all of us and for our union. May 25 marked the one-year anniversary of the police killing of George Floyd and the anti-racist uprising that followed. The past year also featured the US Presidential election and the fascist storming of the US Capitol. It was a year when more than 400 journalists were assaulted, over 150 were arrested, and 100 or more reported having equipment damaged while working (US Press Freedom Tracker). The attack on journalists and journalism is an attack on the public’s right to know, which strikes at the heart of any democracy.

In May 2020, NWU ended our affiliation with the UAW. The breaking point was the UAW’s demand that we stop the Freelance Solidarity Project (FSP) organizing campaign to raise rates and standards for digital media workers.  Since October 2019, hundreds of members have joined the union through this campaign. In the past year FSP has secured unilateral public statements from The Intercept and Defector, and organizing committees are being formed or already in discussions at other publications.  FSP launched a graduated payment campaign to help freelancers weather the pandemic and is now in charge of the rate-sharing website Who Pays Writers.

NWU joined a broad coalition of many other creative workers to help win Mixed Earner Unemployment Compensation (MEUC) for those who had both W-2 and 1099 incomes and were left out of the original CARES relief package. That coalition succeeded in getting mixed earners relief in the recent US Recovery Act. Here’s how to apply in New York State.

We have also emerged as a leading voice for freelancers in support of the PRO Act, to gain collective bargaining rights for independent contractors and to combat the misclassification of millions of mostly Black and Latin workers. Misclassification keeps millions in poverty, without unemployment insurance, workers comp or a minimum wage, and allows corporations like Uber and Lyft to put billions of dollars in their pockets instead of paying taxes into the economy.  In New York City we are the lead voice for freelancers in the NY DIRECT Coalition, fighting misclassification by Uber and Lyft and others, while seeking full rights and paid sick days for independent contractors.

With more than 600,000 journalists in the International Federation of Journalists, we have been building international solidarity. We organized an international webinar with our North American partners in TNG-CWA, Unifor and CWA Canada to hear directly from the 245 mostly women striking Notimex journalists, who have been on strike for more than 450 days at the official Mexican government news agency.

We also joined the vast majority of journalists and many other unions in condemning the Israeli terror-bombing of Gaza and the special targeting of media including leveling the building housing the AP and Al Jazeera offices.

We are settled into our new home, with the Professional Staff Congress, with a new service agreement with the Graphic Communications Council of the IBT. The current election cycle will see NWU in the hands of new leaders and officers on the Executive Committee and as Delegates. This is a very good sign after a most difficult year, as we head towards the Delegates Assembly in September.