You are here: Home / News / The Future of Journalism? 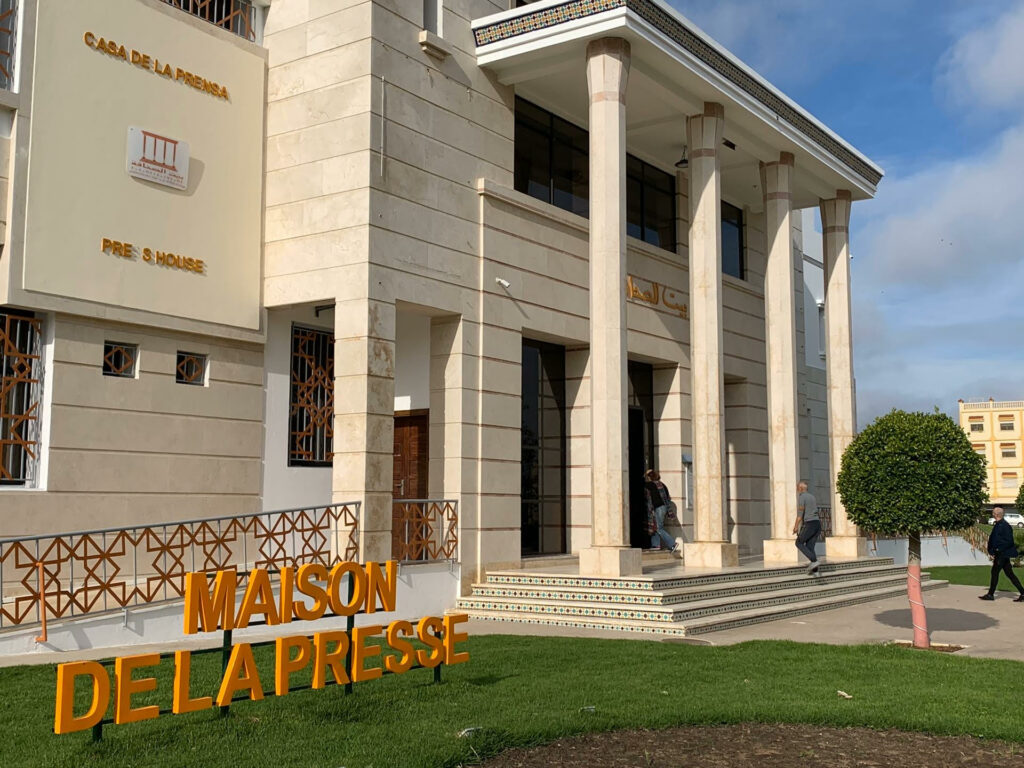 “I’ve Seen the Future, Brother. It is Murder!” – Leonard Cohen

On November 29 and 30, the National Press Council of Morocco invited members of the Executive Committee of the International Federation of Journalists to participate in a series of panels on the Future of Journalism. The following comments were made by NWU President Larry Goldbetter.

November, 2019 has been called “a turning point” in the local newspaper industry.

Gatehouse-Gannett: To begin with, Gatehouse bought Gannett for $1.4 billion, creating the largest US newspaper company, with a combined print circulation of 8.7 million, including USA Today and the Detroit News. The deal was secured by a $1.8 billion high-interest loan from the private equity firm, Apollo.

Gatehouse is owned by NY-based New Media Investment Group and the combined company will cut $300 million from their current budget. Together, they have 25,000 workers, down from 28,000 last year. Gannett has already laid-off journalists and a Pulitzer Prize winning cartoonist.

New Media stock fell by 40% after the announcement.  In the last nine months, Gannett revenue dropped 9.5% and Gatehouse was down 7%. They anticipate annual declines of thru 2022.

McClatchy: Last month, McClatchy, with a combined circulation of 1.7 million, saw its stock price collapse from just over $2.00 to $0.40 and is on the verge of bankruptcy. McClatchy is owned by the hedge fund Chatham Asset Management.

Tribune Company: The hedge fund Alden Global Capital paid $118 million for a 25% share of the Tribune Company, owners of the Chicago Tribune, Baltimore Sun and New York Daily News. Alden is known for stripping down local newspapers and leaving the carcasses. Ken Doctor of Nieman Lab said that this investment “ushers the vultures into the Tribune.”

According to the Pew Research Center, 25% of local newsroom workers lost their jobs in the decade following the financial crisis of 2008, from about 120,000 newsroom workers to 80,000 in 2017. The Washington Post recently ran a headline warning of the “Death Knell for Local Newspapers.” The Nieman Lab’s Ken Doctor wrote, “The old world is over and the new ones of ghost newspapers, news deserts and disinformed communities is headed straight at us.” He called last month’s financial consolidation “a major turning point,” and added, “At a time when local news is needed more than ever, it is the bankers who are deciding what will be defined as news and who will be employed to report it.”

More than 2,000 mostly weekly local newspapers have closed in the last 15 years. Among Spanish-language newspapers, three have already closed and Hoy will close at the end of December.

Bloomberg News reports the worst job losses in a decade, 3,000 in the first five months of this year. This includes digital media like BuzzFeed and VICE, as well as print media. Yahoo and HuffPost had 800 layoffs. These jobs losses reflect the collapse of print ad revenue as the industry transitions to digital, and the fact that Google and Facebook accounted for 75% of all online ads last year.

The instability in online media along with a new generation of journalists has sparked a wave of organizing in digital shops, with the News Guild and Writers Guild of America East organizing a few thousand new members. This began with Gawker in 2015 (Gawker organizer Hamilton Nolan spoke at our Delegate Assembly that year), and has spread to many others. Some of these did not work out. Gawker closed after a libel case against them and DNA Info and Gothamist were shut down by their billionaire owner after voting to be represented by WGAE. But despite these inevitable setbacks, the organizing wave continues.

The movement among staff journalists has opened the door to organizing freelancers. The Freelance Solidarity Project, which was meeting and planning for more than a year, voted overwhelmingly to join NWU and in the past two months more than 150 have joined the union. They are led by experienced and seasoned journalists who have worked in both print and digital, some having been laid off as staff writers at other publications.  This is a most significant development for our union and our industry.

Change is happening. There’s no going back. We no longer use typewriters. There are no more photo engravers or typesetters. Which way these changes take us is not predetermined. We can leave it in the hands of a handful of bankers and have journalism reduced to a strictly for-profit commodity, in a more fascist and authoritarian society where journalists and journalism are unrecognizable, or we can fight not just for better standards and rates, and better contracts, but to insure that journalism serves the public’s right to know, remains a public trust and the key to strengthening democratic institutions. What we do counts.