You are here: Home / News / The Coolest Person at the Writers Conference 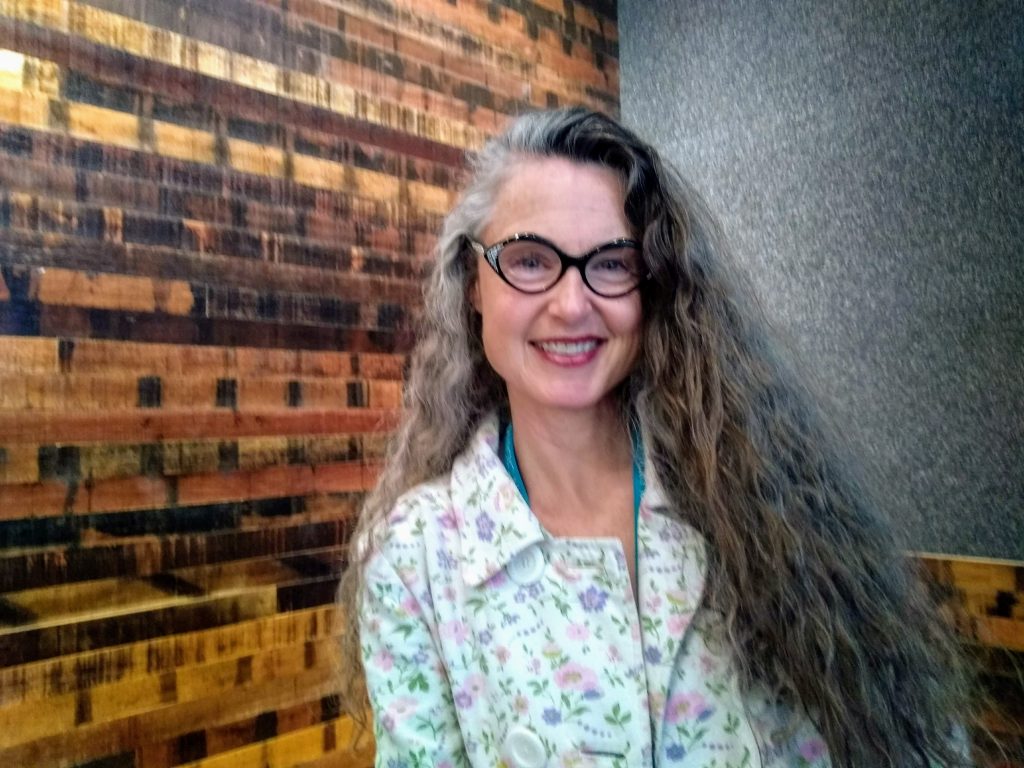 At the Association of Writers and Writing Programs in Portland, OR, the final week of March, I did the usual: attend workshops and hit the parties. But it was the unusual that resonated: A chat with writer Jennifer F. Steil at the Authors Guild gathering. She told me about serving as a newspaper editor in Yemen; using candy to get reporters to make deadline; and being kidnapped at gunpoint while six months pregnant.

It was roughly 10 years ago when an old beau, who lived in Yemen and wrote occasionally for its Yemen Observer newspaper, asked her to come over and train reporters. She agreed, using up the last three weeks of vacation time from her job at The Week magazine in NYC. Her work with Yemen Observer staff went over so well that the paper’s owner offered her a full-time gig as editor-in-chief. With the $12,000 a year he was paying her, he reasoned she could turn his outlet “into the New York Times.”

Steil found the work rewarding and used her down time to research The Woman Who Fell From the Sky: An American Woman’s Adventures in the Oldest City on Earth (Broadway Books, 2010), about her experience running the paper and the reporters she met there.

“I fell in love with the journalists,” she says. Of the 13 reporters, roughly half were women and half men. The women were amazing because they worked their asses off. They were ambitious and desperate to learn. They had no training, no one to mentor them, and no one who believed in them.”

The men were talented and eager to improve as well, but she still got into screaming fights with them:

“Yemenis shout all the time,” she says. “It’s how they communicate.” And when in Yemen, Steil yelled back. She and one reporter would go at it so intensely that he would regularly quit, storm off, and then turn up the next day.

“I thought you quit,” Steil would say.

“I have to finish my story,” he’d reply.

Getting cub reporters to honor deadlines proved another hurdle.

“I’d say, ‘Get your story in by 5,’ and they’d say, Inshallah”—Arabic for “God willing,” which mirrors the popular American saying: Man plans, God laughs.

Over time, Steil learned that her Yemeni reporters had a sweet tooth, and since she’d brought plenty of Reese’s peanut butter cups from New York, she kept her pockets full of incentives to nudge her team to make deadline. Getting stories in on time, they discovered, freed them up to do other things, she found.

A year into her stay she met Timothy Torlot, the British ambassador to Yemen who became her husband and inspired another book: The Ambassador’s Wife (Doubleday; 2015). When she became pregnant, the Yemenis often said, “Inshallah, it will be a boy.”

Six months into the pregnancy, however, her hopes for a healthy baby of either sex were in jeopardy. Hiking in the mountains, she and a group of friends were surrounded by a group of men who kidnapped them and their bodyguards at gunpoint.

“I thought I cannot freak out or I’ll lose baby. I did yoga breathing, and told my daughter: ‘Stay there, stay in.’ ”

Her bodyguard, the Yemeni and UK governments, along with Torlot, worked to get them released, and within an hour had negotiated the women’s freedom—possibly by promising their captors something more highly valued in Yemen than peanut butter cups: cement. Although Steil doubts they ended up getting anything at all.

That was August 2009; Theadora, who is now 9, was born healthy that November. The following spring, Torlot survived a suicide bomber. After a combined four years in Yemen and two in London, the family lived for four years in La Paz, Bolivia, where Torlot worked as the EU ambassador to the country, and Steil put the finishing touches on The Ambassador’s Wife. Her latest novel, the story of Austrian Jewish refugees in Bolivia, is due out in April 2020 from Viking.

Later this summer, Torlot will begin his tenure as the UK ambassador to Uzbekistan, where the family’s adventures will continue.