You are here: Home / News / So Cal Labor Day Rally for Bernie 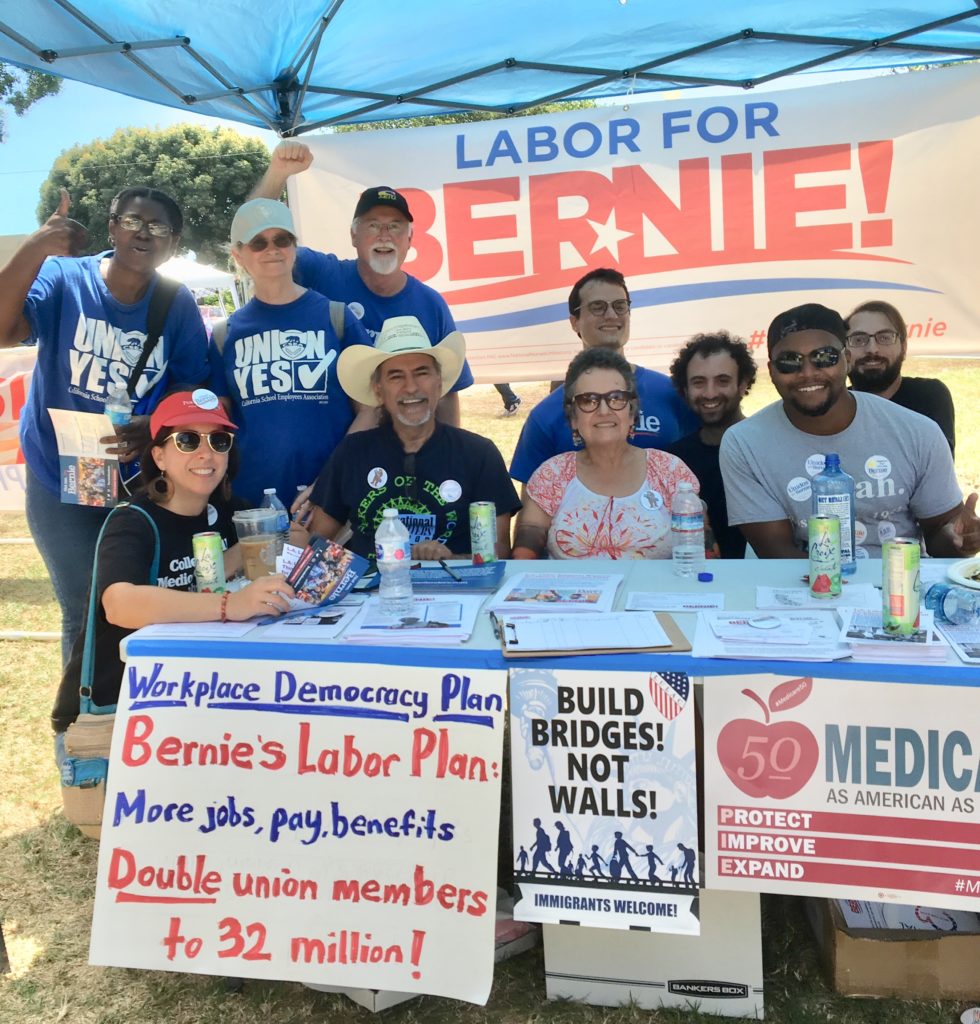 Thousands of union workers and community folk marched in the streets and had a picnic celebration at Banning park in Wilmington, a city at the port of Los Angeles. They were out to celebrate Labor Day.
Labor, the moving force of all societies, was truly out on this sunny day as union members from all the different locals all around the south land were there with their union banners, jackets, t-shirts and families. Hamburgers, hot dogs, chips, snow cones, soft drinks and ice cream were in no short supply, nor was live music, union speakers, or elected representatives, who took to a stage erected by union hands.
The National Writers Union was there too.  I spoke to many about our union and about the labor program that is part of the Bernie campaign.  I told them I support Bernie for president fully in the primary, and if the national convention selected some one other than Bernie then I would be fully behind and working for the one selected because that is what it will take to defeat the Republicans and Trump.
People had many questions and I gave them the laborforbernie.org address so they could join in or find more answers. I also spoke about the need to close the camps on the border and to mobilize millions to get to the polls to vote, starting that day, on our day, Labor Day.
Solidarity and unity, the two pillars of unbeatable strength so feared by corporations and bosses, were present in the eyes of everyone there. It was a wonderful day full of cheer, hope and readiness to defeat Trump next year and vote in progressive, labor-supporting candidates.