You are here: Home / News / SHE JUST KEPT WRITING: The Passing of Susan Carol Hauser 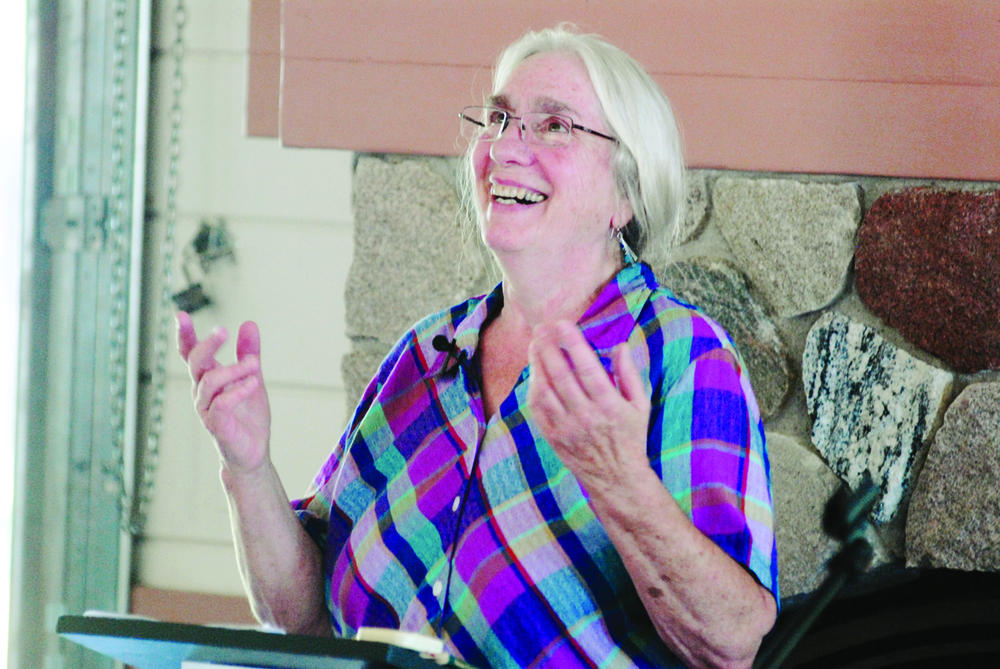 Our sister Susan Carol Hauser could use her pen to wage war, but the writing she most enjoyed nurtured, celebrated, and nudged the world towards change. She died suddenly on July 7 of a brain aneurism at the age of 72.

A member since 1986, Susan served the NWU as a contract adviser, Twin Cities’ chapter co-chair, membership coordinator and active union activist. This spring she organized a table at the Associated Writing Program 2015 conference in Minneapolis, and was one of the most effective and sincere NWU promoters I’ve ever met.

She was the author of a dozen books of poetry and essays. Critically acclaimed, she won many awards, including the Minnesota Book Award from the Friends of the St. Paul Library, an honor she received twice. A National Public Radio commentator, she was also former chair of Bemidji State University (BSU) English department, where she’d worked since 1980. Her focus stretched beyond her own work, as she generously served as midwife to numerous others’ writing careers, and was a friend to many.

Susan founded the Northwoods’ Writers Conference and co-founded BSU’s bachelor program in creative and professional writing, which included over half of the school’s English majors by its third year. She saw lessons about contracts and the union as part of the foundation of a successful writing career.

Together, she and I intended to rebuild the Twin Cities chapter of the National Writers Union. She was an idealist with a full measure of Midwestern pragmatism. A few weeks ago we held a meeting for 30 (mostly) young writers who’d signed up as interested in the Writers Union, but none of them came. I was bummed out, but Susan just figured that we’d try a few more times, using better social media methods, and not schedule it on a sunny Sunday afternoon, when it competed with a host of other leisurely summer options. If none those ideas worked, Susan reasoned, then maybe it meant that joining our union wasn’t the way the younger generation would choose to organize itself.

So instead of the meeting we planned that day, she and I enjoyed the coffee, fruit and cookies we brought as refreshments, and spent the hour catching up with one another. We talked about our writing projects and our families. We shared about our dogs and health. Susan was even practical about the coffee we’d brewed, taking it home where she planned to freeze it in plastic cups: “I pull a cup out in the morning and just about 10 a.m., it has partially melted and is perfect for an iced coffee,” she said.

A couple weeks ago I was in Lowertown St. Paul, celebrating my birthday with my wife, Deborah. We ran into Susan and she gave us a big hug, as she always did. As we talked, we noticed her dogs, both of which sat at her feet, one watching Susan, the other apparently guarding her from the unfriendly buses and cars snarling by. We planned our next meeting and said goodbye, neither of us knowing that this would be our last goodbye.

Rebuilding the Twin Cities chapter will be difficult without Susan. However as I write this article I’m learning that the challenge that she left me with is the key. Achieving relevance for the next generation of working writers is our only hope of survival. (And to that end I will keep working, Sister!)

Susan finished her last book the week before she died. Her colleague and friend, Rosalie Weaver, put it succinctly, “She just kept writing.”

For more information on Susan’s writing go to http://www.susancarolhauser.com