You are here: Home / News / Police “Confiscate a Newsroom” to Try to Reveal a Confidential Source 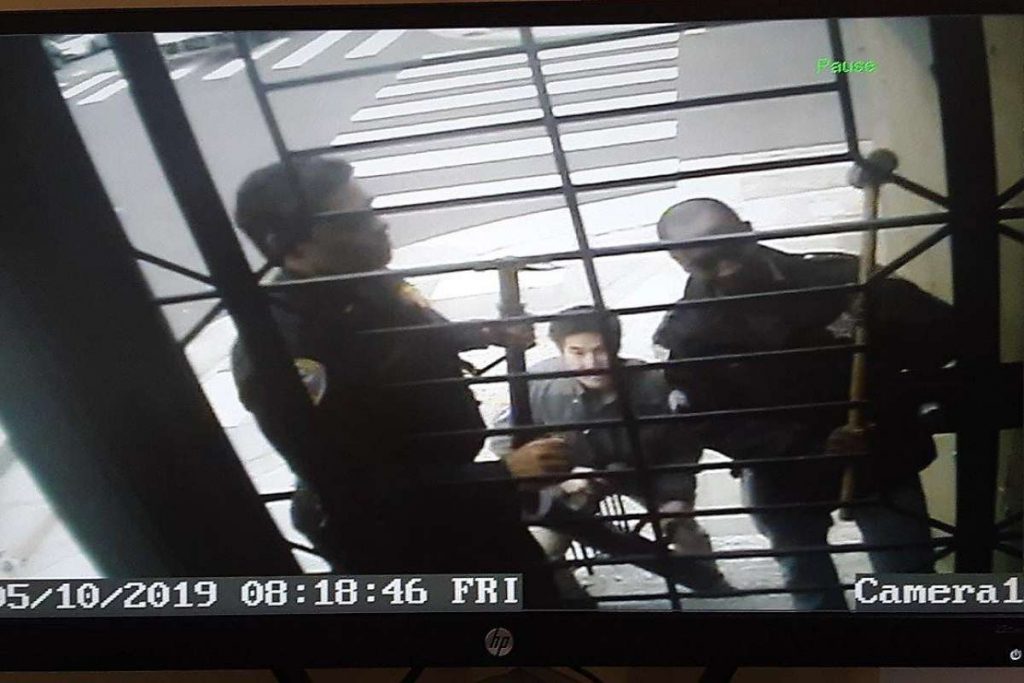 On Friday, May 10, ten San Francisco police officers and two FBI agents raided the home of freelance journalist and videographer Bryan Carmody. They showed up with sledge hammers and battering rams with guns drawn, and a search warrant looking for “stolen or embezzled” property. In reality, they were not so much looking for a leaked police report about the death of San Francisco’s Public Defender Joe Adachi. What they were actually looking for was the confidential source who leaked the report.

Bryan was handcuffed for six hours while the police seized about $30,000 worth of computers, ipads, cameras and other digital equipment, including those of his fiancée, effectively putting him out of business despite a 29-year career as a reporter and cameraman. His attorney Thomas Burke told NWU, the police “seized everything he has ever worked on or that he is currently working on.” He said, they “essentially confiscated a newsroom.”  He has not been charged with a crime, yet the police are trying to hold his equipment for the duration of the investigation. The San Francisco Chronicle has the same leaked report. Why didn’t the police kick down their doors as well?

The National Writers Union condemns the illegal police raid on the home and workplace of Bryan Carmody.  We demand that all of his equipment be returned to him immediately and that the SFPD stop their harassment so that he can continue to work as a journalist. We join the growing chorus of voices that condemn this illegal raid as a violation of California’s shield law, which according to the northern California Society of Professional Journalists, bars authorities from executing a warrant on documents collected as part of newsgathering.

We urge everyone reading this statement to donate to Bryan’s gofundme page so that he can begin to replace his equipment and get back to work.