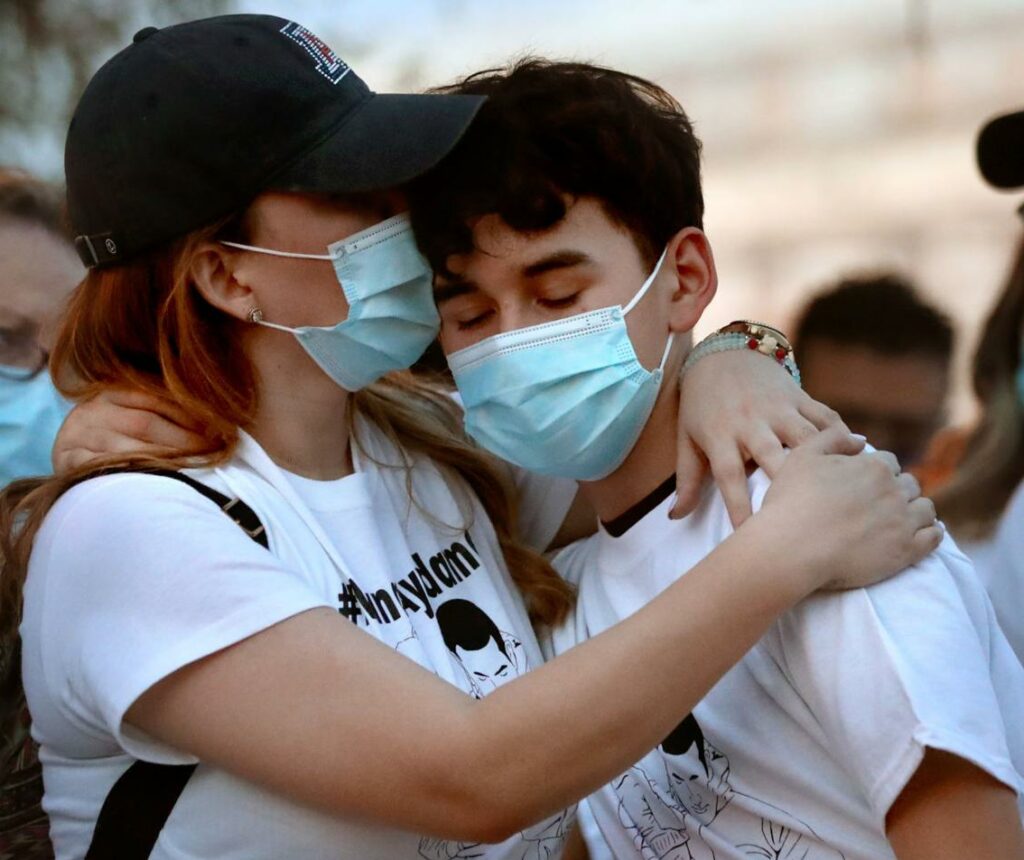 As the coronavirus rampaged across Arizona, setting new infection records almost daily, the Tucson Police Department revealed that its officers had contributed to a young Latino man’s death by pinning him to ground until he died. The three officers involved in the death resigned on June 19 after being informed they would be fired. But by then, the department had withheld information about the death of Carlos Ingram-Lopez, 27, for more than two months, from before the national furor over the police killing of George Lloyd until after that discontent had eased.

“This is an outrage, the police should be investigated and those involved should be prosecuted,” said Isabel Garcia, co-chair of Derechos Humanos, a Tucson-based immigrants’ rights organization. The Tucson Police Officers Association (TPOA) has defended the officers, denigrated Lopez in public statements, and attacked City Council members who were critical of the police.  “We are circulating a petition against the TPOA,” Garcia said.

Lopez’ grandmother called police, telling them that her grandson was running naked around her home, apparently after using drugs. A police camera video showed that the police forced him to a garage floor, covered his head, and held him down for nearly 15 minutes as he pleaded for a drink of water and help. Police ignored his pleas and threatened to taze him if he did not quiet down – until he fell silent and became unresponsive.

The police department has a mental health unit and a facility expressly for dealing with such people, but the unit was not called, Garcia said. “There was no crime committed and no resistance by Mr. Lopez – he should not have died,” she said.

Meanwhile, COVID-19 rages out of control in Arizona since Republican Gov. Doug Ducey lifted his stay-at-home order on May 15, before the state had met any of several criteria that federal, local and academic health officials had set for such an action. Ducey stubbornly stuck with his May 15 edict as new records for COVID-19 infections were set nearly every day for weeks. Finally, on June 22, he ordered bars and gyms re-closed. He still refuses to enact statewide mask-wearing, has “allowed” cities, towns and counties to enact mask requirements and most larger cities and counties, promptly did so. But by this time, most hospital intensive-care-units were at or beyond capacity and the state’s largest hospital chain was recruiting doctors and nurses from other states to meet the growing need for COVID-19 care.

The NWU Tucson Chapter has always supported Derechos Humanos and police accountability, and will discuss the recent police brutality revelations at our next meeting. We also support stringent public-health-based requirements to minimize suffering and deaths from the coronavirus pandemic. For more info, write to us at nwu@nwu.org.