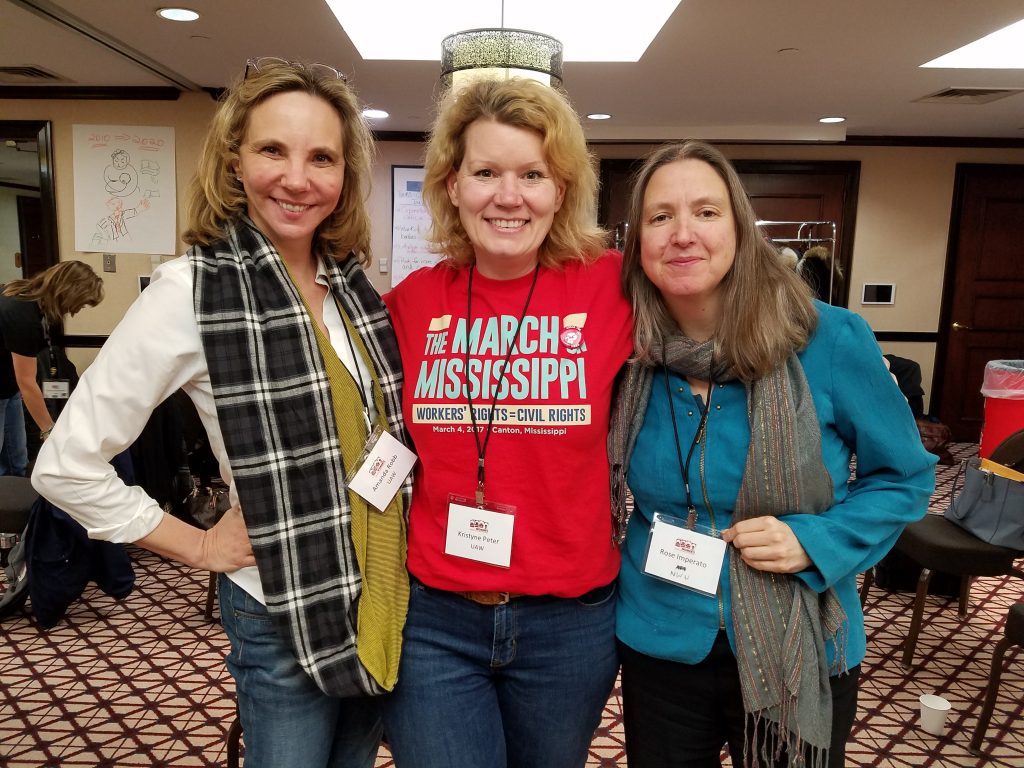 New York chapter members Rose Imperato and I attended the AFL-CIO Women’s Global Leadership Program from March 16 – 19, which ran concurrently with the UN Commission on the Status of Women.

We were among some 40 women union and labor activists, which included auto and domestic workers, an oil rigger, a road builder and writers like us, who attended day-long seminars to strengthen our organizing and advocacy skills in the neo-liberal global economy.

Rose and I found it particularly interesting to learn how labor laws and movements differ from country to country. We discovered the United States has a lot of catching up to do: America remains the only developed country with no paid maternity/child care leave.

Both Canada and the Netherlands are seen as progressive, with laws that require employers to give victims of domestic violence paid leave from their jobs in order to become safe.

Conference leaders pointed out that it’s an extraordinarily challenging time for fairness and equity around the world. Chidi King of the International Trade Union Confederation said the ongoing refugee crisis, the Brexit vote in the United Kingdom, and the outcome of the 2016 U.S. presidential election, all appear to be ramping up acts of hostility, discrimination, and harassment in and out of the work place. And women, particularly migrant women, are the most vulnerable of all.

Sophorn Yang, who works in a factory that supplies Nike, is a leader of the Cambodian Alliance of Trade Unions. After she spoke about working conditions in her country, a number of conference attendees went down to a Nike store in Soho to demonstrate and demand that the company adopt humane labor practices.

Rose and I both found the conference profoundly inspiring and exhausting. After resting up, though, we can’t wait to put what we learned into practice.