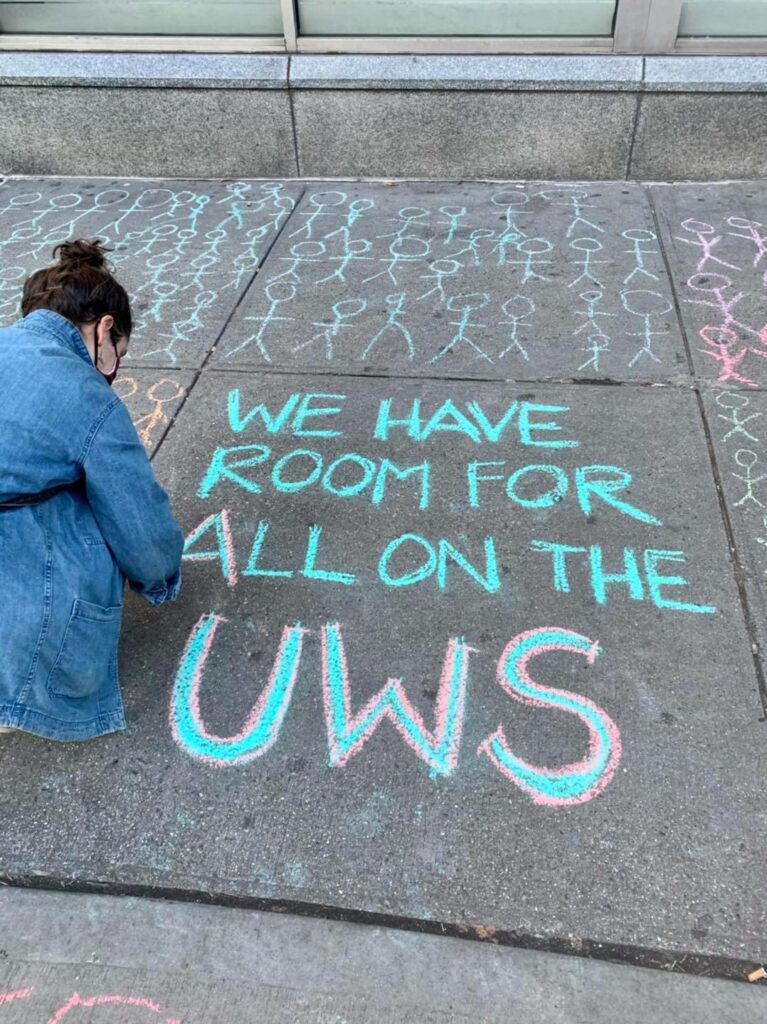 New York – November 29: Today about 80 community residents and residents of the temporary homeless shelter at the Lucerne Hotel protested Mayor de Blasio’s plan to move the men to another hotel in the Wall St. financial district. We demanded that the 5,500 homeless people currently in unsafe congregate shelters be placed in the empty hotel rooms for the duration of the pandemic. There are about 700 homeless in four UWS hotels, and thousands more in 60 hotels around the city to allow for safe social distancing during the pandemic.

Today’s action came days after we distributed hundreds of Thanksgiving meals to our Lucerne brothers, and one week after losing a key legal battle in NY State Supreme Court that paved the way for the forcible eviction of the nearly 200 men from the hotel.

A battle has raged here on the Upper West Side of NY, a mostly white, affluent and “liberal” bastion, since the men were moved to the Lucerne last July. racist group called WestCo raised $150,000 and hired a politically connected attorney to get the men moved out. Another racist group in the Financial District raised more than $1million and filed a case against the City to keep the men from being moved there. A group called UWS Open Hearts (OHI) emerged to show solidarity with the men and to fight the racist attacks on the homeless. OHI has provided programs for the men and held a regular “free store” to provide donated clothes, and toiletries.

In May 2020, there were 13,523 homeless families with 20,044 homeless children in the New York City shelter system, more than two-thirds of the homeless shelter population, and 90% are Black and Latinx. Thousands of unsheltered homeless people sleep on the streets, in the subway and other public spaces every night. (CoalitionfortheHomeless.org).

Meanwhile, 118 billionaires increased their wealth by $80 billion during the pandemic and tens of thousands of families face evictions when the rent moratoriums expire.

After the judge’s decision upholding the City’s right to move the men, a leader of the Lucerne residents said, “We are hurt. This decision negatively affects homeless people throughout America and that’s really what this fight was about: having our voices heard, challenging an irrational decision made by the Mayor to please some rich folk. But the fact that we got this far in the conversation and exposed the City for the inhumanity it has not just towards homeless individuals but towards all Black and Brown people is a huge win.” That decision is being appealed.

NWU members on the Upper West Side have been involved in supporting the men at the Lucerne. With the pandemic surging and the weather getting colder, and people are forced indoors, this will be even more important.  UWS OHI is looking into starting an adult literacy program for the men at the Lucerne. These will be Zoom classes and would most likely be one-on-one tutoring. Let us know if you’re interested.