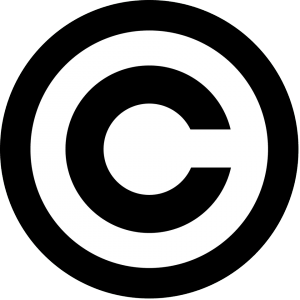 The NWU has endorsed two bipartisan proposals introduced in the current Congress for reform of U.S. copyright law.

Neither of these proposed laws would adequately address the fundamental problems for writers with current copyright law, but each of them would be a step in the right direction.

One of these bills, H.R. 3495, would create a simplified “small claims” procedure for enforcing our copyrights against infringement without always having to “make a Federal case out of it”.

“Creation of a Copyright Small Claims Court as an accessible, effective way to defend copyrights without having to bring costly, time-consuming lawsuits in Federal court” is one of the NWU’s explicit and longstanding priorities for reform of U.S. copyright law. We support H.R. 3495 as progress toward that goal.

If the procedures, which would be created by H.R. 3495, were as simple, cheap, and readily available as state and local small claims courts, it would be a fundamental improvement. Unfortunately, H.R. 3495 would make the new procedures optional: a company or person accused of copyright infringement could choose to insist on their right to have the complaint heard in a regular Federal court. That would allow copyright infringers to “opt out” of almost all complaints by individual writers, since the typical legal costs of a Federal copyright lawsuit are more than $100,000, which individual writers can almost never afford.

The proposed small claims system would be of more use to publishers and other large corporate rights holders, who have the deep pockets to pursue a complaint in Federal court, than to individual creators who don’t have a rich war chest to wage legal battle.

The proposed small claims procedures would also be of greater use in complaints against less sophisticated, small-time individual infringers, who might not realize that opting-out of the new small claims process would give them the same de facto impunity for infringement of individual writers’ rights that they enjoy today, than against large, sophisticated, deep-pocketed corporate infringers, including publisher/infringers who license some rights to a work, but continue to distribute more copies after their license expires, or use or purport to sublicense rights (such as online or digital copying or distribution of works only licensed for print publication) beyond the scope of their license or rights holdings.

The NWU pointed out these problems, and the need for a small-claims process to be mandatory in order for it to be effective in these types of cases, in our written comments to the Copyright Office and our in-person testimony at the Copyright Office roundtables on remedies for copyright small claims.

H.R. 3495 doesn’t go nearly far enough to resolve the fundamental problem that writers have, in most cases, no effective and affordable means of redress for infringements of our rights. However, we support H.R. 3495 as a step in the right direction and as establishing procedures that will allow at least some individual creators–perhaps more often photographers and illustrators, whose work is so easily and often copied on the Web without permission–to collect some damages, particularly in cases of chronic but petty infringement.

Meanwhile, we continue to encourage Congress to take other steps to make it feasible for individual writers to enforce our copyrights, starting with the repeal of 17 U.S. Code § 411 and § 412, which require registration as a prerequisite for filing a copyright infringement lawsuit or obtaining statutory damages and attorneys’ fees.

And we continue to encourage the Copyright Office to make the registration procedures and fees less burdensome, especially as long as timely registration remains a prerequisite for statutory damages or attorney’s fees, and is prohibitively costly and time-consuming.

Also pending in the Senate (S. 1010), and already approved by the House of Representative (H.R. 1695), is a proposal to separate the U.S. Copyright Office from the Library of Congress

The ranking Democratic and House members of the House and Senate Judiciary Committees initiated this bipartisan proposal last year. Significantly for writers, it would separate the Copyright Office and its administrative and regulatory functions from the Library of Congress, which has an interest, as an underfunded public service institution, in siding with libraries against payment to writers.

These bills were endorsed by the NWU by the following resolution approved by our National Executive Committee at its most recent meeting in September 2017:

Whereas, inadequate government funding for library acquisitions, including acquisition of digital rights, has led to conflict between libraries and writers over copyright policy and digital rights, which has ended up depriving writers of fair compensation for their work;

Whereas, the National Writers Union believes these conflicts are unnecessary and could be more fairly and effectively resolved through 1) increased government funding for acquisitions by public libraries, specifically the creation and expansion of digital libraries; and 2) the creation and funding of a public lending right (PLR) to compensate authors, as in Canada and many other countries, rather than through control of the Copyright Office and copyright policy set by the Library of Congress;

Whereas, as writers, we fully endorse all actions stated above that will provide fair compensation for writers;

Hereby, be it resolved: The NWU endorses the bipartisan proposal pending in both houses of Congress to separate the Copyright Office from the Library of Congress.

After H.R. 1695 was approved by the House, the Department of Justice sent an advisory opinion to the Senate that some of the new procedures for the appointment of the head of the Copyright Office in the identical Senate bill, S. 1010, would violate Constitutional provisions on the separation of Congressional and Presidential powers. Presumably, those objections would apply to the House bill as well.

Before this proposal can become law, both houses of Congress will need to agree on revised procedures for the selection of the Register of Copyrights, most likely through the typical process of appointment by the President and confirmation by the Senate. But this could be fixed through a relatively straightforward amendment to the proposal. Nothing in the advisory opinion from the Department of Justice relates to, or calls into question, the essential goal of separating the Copyright Office from the Library of Congress.

We urge the Senate to work diligently and promptly to amend S. 1010 to address the issues raised by the Justice Department, and to approve the revised bill and send it back to the House for its approval of those minor modifications to the proposal previously approved by the House.