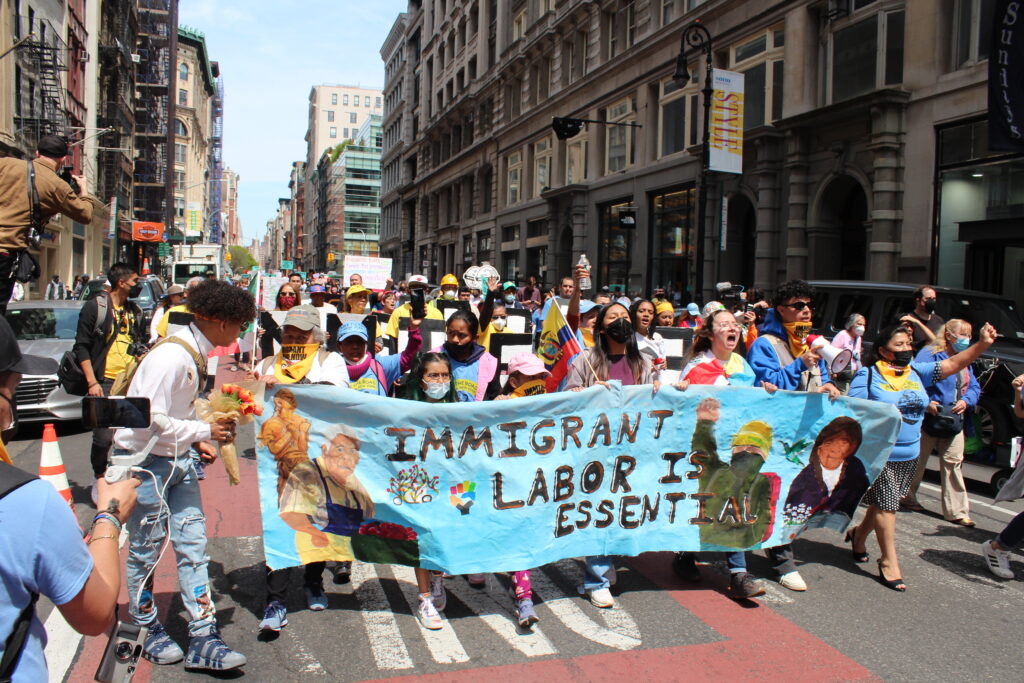 New York City has always been called a union town. This year, May Day was owned by workers and the oppressed than in previous years. 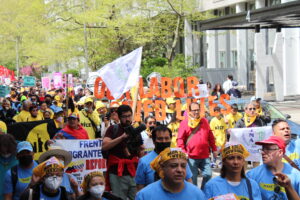 As we talked with attendees to May Day events, they have two main talking points; the inter-imperialist war in Ukraine and the working class organizing wave in the USA. Anger and excitement could be felt, but also there was a big deal of happiness of people meeting again, seeing their friends in the streets for May Day after a two year of limited and distant events. 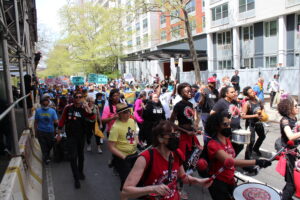 Immigrant coalitions and workers’ organizations had an enthusiastic May Day.

A lot of people, primarily workers, whose lives are at stake joined May Day rallies, marches, and festivals, although it still has some limitations. However, this year, the largest May Day of recent years took place in New York City, USA. The May Day rally, led by coalitions of migrant workers, construction workers of Local 79, and Amazon workers [Amazon Labor Union (ALU)], who managed to win a union election in this company for the first time, continued with speeches on Foley Square. Socialist and social democrat groups such as the Communist Party USA and Democratic Socialists of America were present in this march along with others. The main demands were to end discrimination against immigrants, and the removal of barriers to unionization. 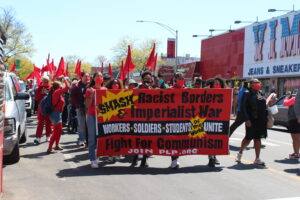 PLP May Day march at Flatbush 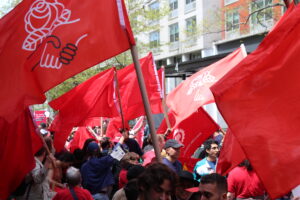 DSA and CPUSA contingent at the WSQ march

A major festival was organized by May Day Space, which is a community-based platform to provide social justice groups a space. Anti-war advocates, mutual aid groups, community solidarity networks and collectives, such as North Bronx Collective, Bushwick Ayuda Mutua and others, were introducing their organizations and holding several events. The major event continued with a music performance. The American Party of Labor (APL) and its allies joined the May Day Festival in Bushwick, Brooklyn. APL members introduced Marxist-Leninist literature together with the Red Star Publishers to the attendees of the festival. Another borough festival was held by Plaza Tonatiuh and Mexicanos Unidos in Sunset Park by progressive, socialist and Latin American community-based groups together with Bangladeshi working-class socialist group, Lal Morich. Cultural activities and folkloric dances were presented.

There were some progressive and socialist groups, including Workers’ World Party (WWP) and Workers Assembly Against Racism (WAAR), which celebrated May Day in Union Square. Starbucks workers also marched together with the groups at the same place. The Party for Socialism and Liberation (PSL) held their own rally in Herald Square on May Day.

All New York rallies, marches and festivals were either larger than last years, or more energetic. As socialist and working-class forces join their efforts, and work in their own communities, they show the path to success and build a future. 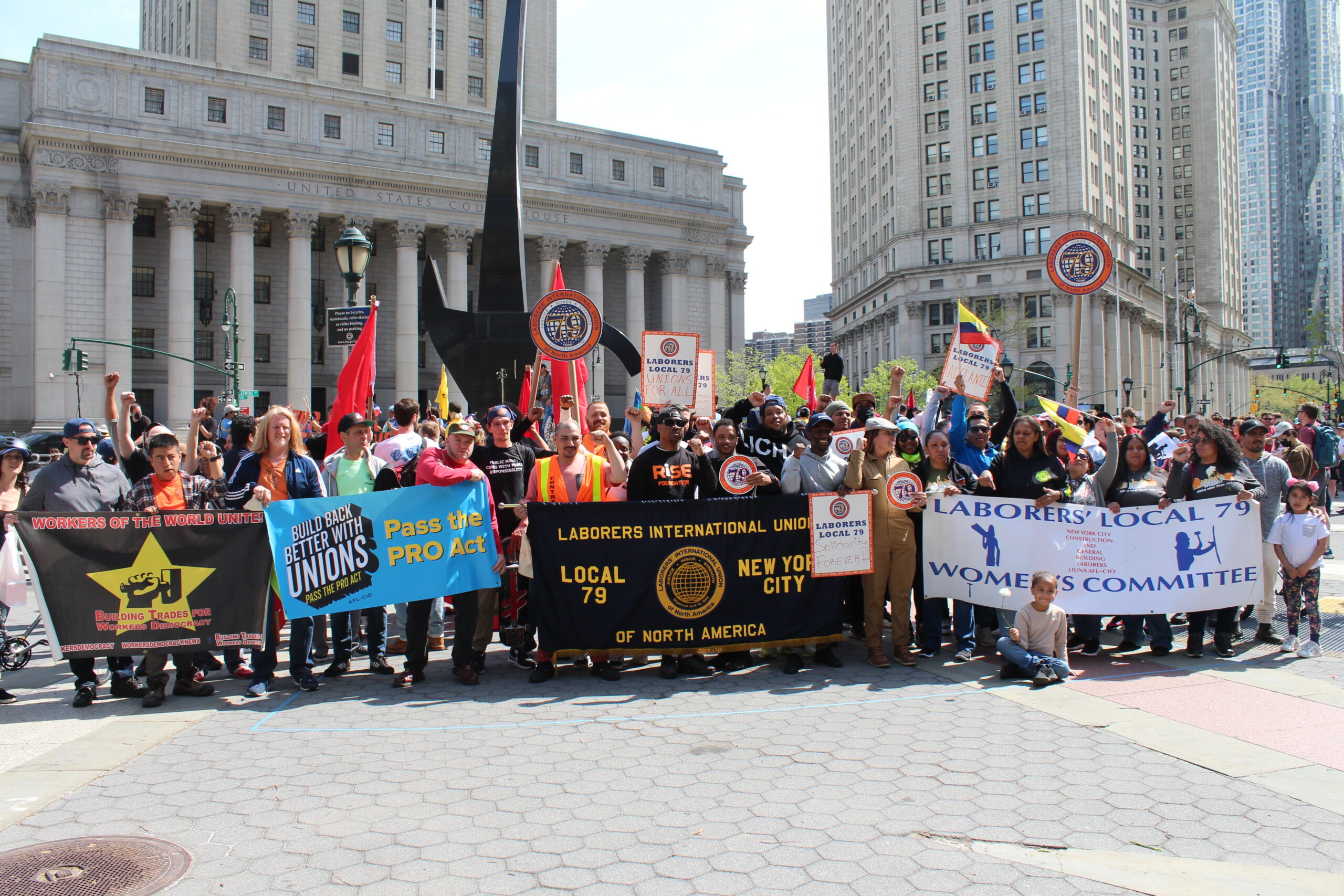 Construction workers had a remarkable contingent in this May Day. They also suffer from poor work safety. Workers in New York constructions die in occupational accidents.