You are here: Home / News / IFJ Calls on Unesco to Protect Journalists in Ukraine 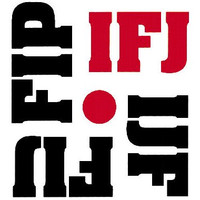 27 February 2022
Since the outbreak of Russia’s armed conflict against Ukraine, the International Federation of Journalists has been in constant contact with its Ukrainian affiliates, NUJU and IMTUU, and has echoed warnings against journalists being seduced by disinformation. The IFJ and its affiliates around the world call on Unesco to do everything possible to protect journalists.

The IFJ and the International Trade Union Confederation, representing more than 200 million workers worldwide, call on their members to express their solidarity with the workers and citizens of Ukraine through a solidarity fund for ITUC affiliated organisations in Ukraine and by calling on the governments of countries in the region to provide a safe place for refugees fleeing the conflict.

In order to increase pressure on Russia, the Global Federations are asking their affiliates to call on their respective governments, and regional international institutions, in Europe, Africa, the Arab world and the Middle East, the Americas and Asia-Pacific, to put in place sanctions measures against the Putin government.

Furthermore, the IFJ, representing journalists at the United Nations, calls on the Director General of UNESCO, the agency in charge of the protection and safety of journalists, to do everything possible to ensure that journalists in Ukraine, both national and foreign, can carry out their mission of informing the public in complete safety.

The IFJ updated its safety advice on 24 February and calls on all news organisations to take steps to protect their reporters in the field.

Finally, the battle against disinformation is one of the pillars of the IFJ Global Ethics Charter for Journalists and must remain the backbone of journalists’ work in both Ukraine and Russia.

NUJU has launched a hotline and announced the establishment of a support committee for journalists.

All IFJ affiliates around the world are urged to give practical support to our Ukrainian comrades.

The IFJ represents more than 600,000 journalists in 146 countries