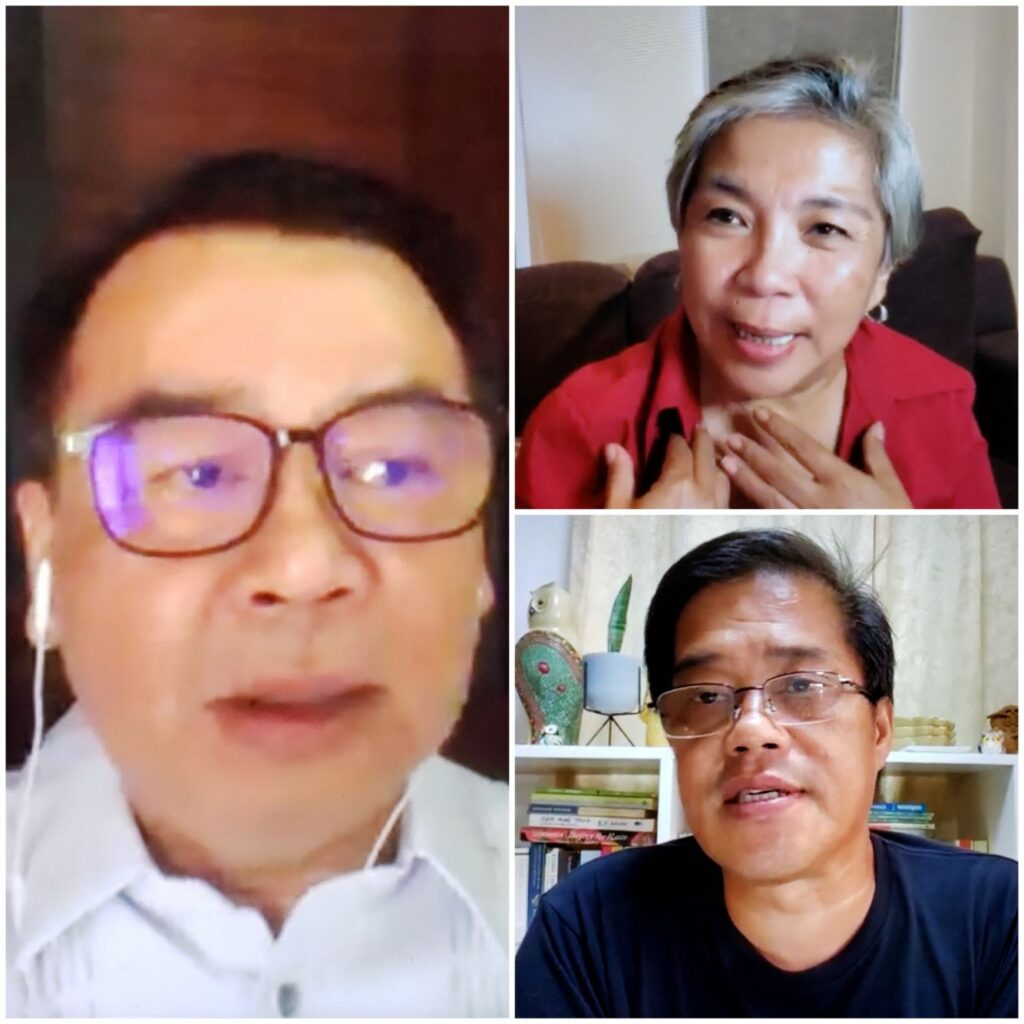 New York – Hours after the signing of the Anti-Terrorism Act of 2020 on July 3, 2020 by Philippine President Duterte, human rights activists pressed the tab saying that they will contest the law before the Supreme Court. They alleged that the ATA was meant to repress the growing dissent against poverty, corruption and the lack of due process in the Philippines.

Human rights lawyer Neri Colmenares, during a digital press conference here, cited Section 4 of the law as providing government the power to “impute” on terrorism starting as an “intention.”

“The government acts on mere suspicion of critics and dissenters. It is not really for terrorists because we have enough laws against terrorism,” the former congressional representative of the party list Bayan Muna argued.

The zoom conversation on State Terrorism: The Philippine Experience was organized by the Migrant Center of New York, the Franciscan Church, the Fil-Am Press Club of New York, and various non-profit organizations in the East Coast on July 3, 2020.

A human rights report of the UN High Commissioner for Human Rights about the Philippines released on June 6, 2020 concurs with Colmenares. It noted that “the Philippines did not lack any emergency measures to curb criminality and acts of terror. There are, for instance, the 2012 Cyber Crime Protection Act, the 2018 Republic Act 10973 (known as the subpoena powers law) and laws on sedition.”

During the digital conference, veteran journalist Inday Varona, a senior contributing editor of ABS-CBN, added that the new law provides a dangerous precedence of the right to freedom of expression. Charges of libel under the new law will be punishable from 1 year to as much as 12 years, she said.

“There’s always been a touchy relationship between the media and the government. But Duterte’s Anti-Terrorism Act is more efficient in the art of repression,” she quipped.

A journalist for more than 30 years covering the presidencies of Ferdinand Marcos, Corazon Aquino, Fidel Ramos, Joseph Estrada, Gloria Arroyo, Benigno Aquino Jr., and now Rodrigo Duterte, Varona said she has constantly been subjected to red tagging (accusations of being a communist) as she goes about her work.

“But with this new law, it will be me who will have to prove to the government that I am not a communist,” she said.

The new Anti-Terror Act of 2020 gives power to the president’s Anti-Terrorism Council to define or determine who is a terrorist under Sec. 25 (3) which reads: The ATC may designate an individual, groups of persons, organization, or association, whether domestic or foreign, upon a finding of probable cause that the individual, groups of persons, organization, or association commit, or attempt to commit or conspire in the commission of the acts defined and penalized under Sections 4,5,6,7,8,9,10,11 and 12 of this Act.”

Varona said that during the time of Pres. Arroyo, the Philippine government ranked third as the most repressive against journalists, tailing Iraq and Venezuela.  But it was only Pres. Duterte who publicly justified the killing of journalists, she said.

Lack of Due Process

Carlos Conde, Philippine researcher for the Human Rights Watch Asia Division, meanwhile said that the signing of the Anti-Terrorism bill into law was expected.  He went on to say  that there is a breakdown of due process in the Philippines, citing the alleged arbitrary killings of more than 27,000 people suspected of drug use and trading.

“Authorities failed massively to look into police killings. It admitted about 5600 deaths in 2016 up to March 2020 as part of their drug war campaign. Government is not serious about police accountability. There was only one conviction of police (charged with the killing of a drug suspect).  That courts are working in the Philippines, that’s a lie,” Conde said during the conference.

On June 4, 2020, the UN Human Rights Council released a 26-page report on the human rights situation in the Philippines. It said: “the proposed 2020 Anti-Terrorism Act, slated to replace the already problematic Human Security Act, dilutes the human rights safeguards, broadens the definition of terrorism and expands the period of detention without warrant from three days to 14 days, extendable by another 10 days. The vague definitions in the Anti-Terrorism Act may violate the principle of legality.”

The UN Human Rights Council based its report on the information collected by the Office of the Higher Commissioner for Human Rights from 893 written submissions and included several exchanges and dialogues with representatives of the Philippine government.

Colmenares for his part said that the situation in the Philippines may be bleak and scary, “but there is hope.” “I trust in the capacity of the Filipino people, just like what we did during the time of Marcos,” he said.

(Update July 5, 2020: Lawyers groups in the Philippines file a case questioning the Anti-Terror Act of 2020 before the Philippine Supreme Court while government authorities arrest protesters of the ATC in Manila.)