You are here: Home / News / Yusef Salaam on Writing While Black 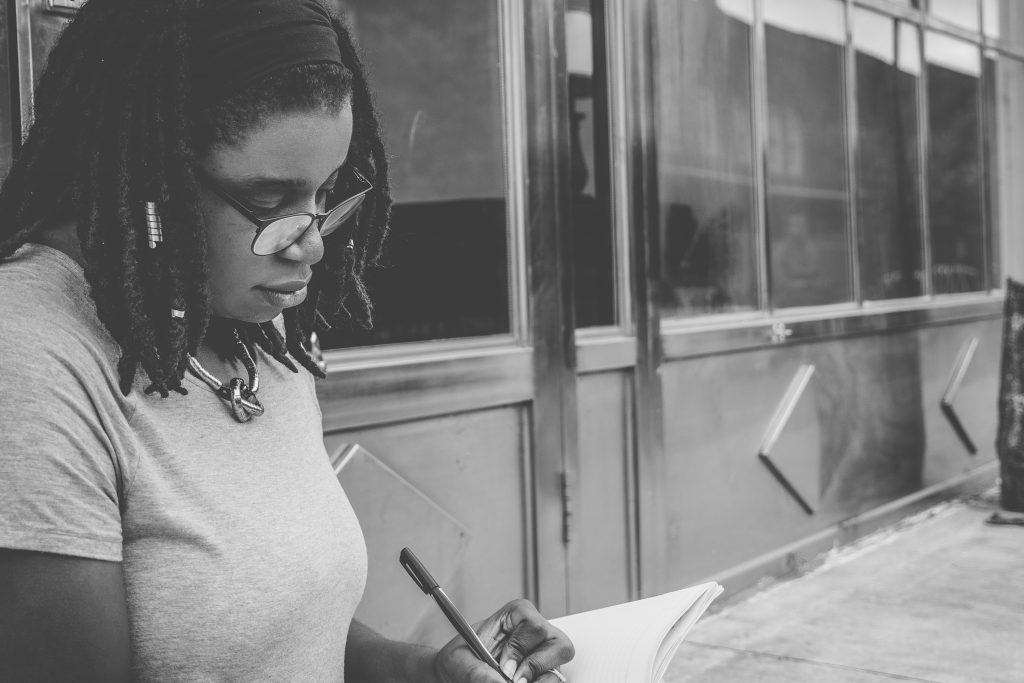 At the event, Salaam shared these insights:

“We are here to celebrate African writers, their victories over the perils of White Supremacy and Capitalism. Black Writers pen praise songs of possibilities over impossibilities, bright days ahead vs. dark futures, the struggle for liberation to crush the perpetrators of the Holocaust of Enslavement, and the battle for human dignity that tossed Apartheid in Dixie, and South Africa into the toilet of history.

“Kemet (Egypt) is where history began and writing was invented. There in Africa is where the first assault on the narratives of Black writers began by invading conquerors. They ravished the libraries, claimed authorship of the books that elucidated philosophy, theology, mathematics, engineering, medicine, astronomy, astrology, etc. Because Egypt Classical Civilization is so vital to human history, the Euro-centrists and Asian chauvinists “moved” Egypt out of Africa and claimed that it was in the Middle East.

“They transferred the knowledge to Europe and Asia to enhance their societies without crediting African scientists, priests, and poets. The writers who suffered the HOE refused to allow enslavers to kill their spirit. Frederick Douglass escaped from enslavement and became a renowned orator, writer, and newspaper publisher.

“He wrote Narrative of the Life of Frederick Douglass and other books. He demanded freedom for the four million enslaved Africans still imprisoned on plantations behind the Cotton Curtain. The Fugitive Slave Act of 1850 caused him to flee the country to avoid bounty hunters who could legally present warrants for his arrest and return him to plantation incarceration.

“Phillis Wheatley was the first published enslaved African female poet in America. Born in Senegal, she was abducted at eight and shipped to America. Her enslavers, a Boston family, taught her to read and write and encouraged her to write poetry. Her book, Poems on Various Subjects, Religious and Moral, brought her fame both in England and the American colonies. Wheatley set a paradigm for literary excellence. Voltaire declared that Wheatley’s gift validated that Africans could write poetry. Thomas Jefferson believed that Africans were inferior. He wrote: ‘Religion indeed has produced a Phillis Wheatley; but it could not produce a poet. The compositions published under her name are below the dignity of criticism.’

“William J. Maxwell, F.B. Eye: How J. Edgar Hoover’s Ghost Readers Framed African American Literature, depicts that FBI agents were assigned to critique the works of African American writers and submit their assessments to their supervisors. The Department of Justice published in 1919 Radicalism and Sedition Among the Negroes as Reflected in Their Publications. Hoover also investigated Lorraine Hansberry’s play A Raisin in the Sun for suspicion of communist influence.

“The Birmingham Civil Rights Institute revoked its decision to honor scholar-activist and prolific writer Angela Davis with its prestigious Fred L. Shuttlesworth Human Rights Award because of her actions and words regarding the Palestinian-Israeli conflict. The BCRI recently re-approved honoring Angela with the award after national and international protest.

“Lisa Durden, an African American journalist, film producer, and educator, was fired form Essex County College because she supported an all-African Black Lives Matter event. She said, ‘I felt like I was lynched.’

“Marzieh Hashemi, an African American TV journalist on Iranian state television was incarcerated by the feds during a yearly visit with her family. During her incarceration, according to ex-Congresswoman Cynthia McKinney, Hashemi’s religious rights were violated. ‘She described her hijab (head covering) having had been removed against her will and that she is being treated as a criminal.’

“Today, the pens of African writers continue to drum jubilee triumphs, moan the weary blues, and shout determinedly no retreat. As African American Poet Zizwe Ngafua wrote, ‘You can stop an army, but no man can stop the tide.’ ”