You are here: Home / News / World Press Freedom Day 2019 – Support the IFJ Convention on the Safety and Protection of Media Workers 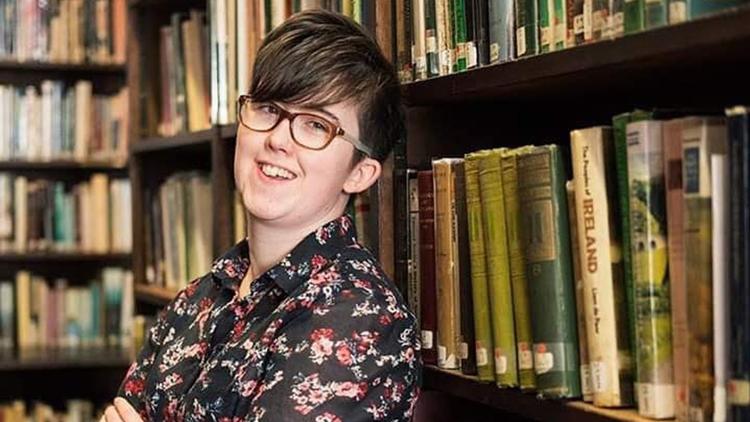 On April 19, 29-year old Journalist Lyra McKee was shot and killed while covering the riots in Londonderry (Derry), Northern Ireland. Lyra had worked at the Belfast Telegraph, was a member of the National Union of Journalists UK and Ireland and was a freelancer and novelist. She was killed after a gunman, apparently with the New IRA, fired shots towards the police. She was standing nearby, reporting live from the scene.

This is just the most recent tragic example of why the IFJ has launched a campaign for an International Convention dedicated to the protection of journalists and media professionals. Despite many protocols, guidelines and proposals, journalists still face a daily threat – and impunity continues to make the situation worse.

In the last 6 years more than 600 journalists have been killed. Nine in 10 cases remain unsolved and unpunished. Impunity reigns. Hundreds of journalists are imprisoned and on a daily basis, journalists are attacked, beaten, detained, harassed and threatened. There are growing threats to digital safety with cyber-attacks, hacking, online harassment, especially of women journalists, all creating a safety crisis for news professionals.

The IFJ Convention would be a new binding international instrument dedicated to the safety of media workers, with a specific enforcement mechanism.  Media workers require a category-specific solution.

Three Current Cases In the US

April 3, marks one year that journalist Manuel Duran has been sitting in an ICE Detention Center fighting his deportation. Manuel is a well-known and respected journalist in Memphis, TN, who previously worked at a TV station in El Salvador. After his life was threatened there,  he came to the US more than a decade ago as an undocumented immigrant.

He was arrested by Memphis police on April 3, 2018, while covering a local immigration rights protest. Despite wearing a press badge around his neck, police arrested him and charged him with disorderly conduct. Two days later, Memphis police dropped the charges and turned Manuel over to U.S. Immigration and Customs Enforcement (ICE), where he’s been held ever since.

A year after his arrest, and despite court rulings supporting his claims for relief from deportation, Manuel still finds himself detained by ICE and separated from his family. NWU has joined in demanding Manuel’s release from ICE detention as a violation of immigration law and the United States Constitution.  On the anniversary of his imprisonment he said, “I miss my work and I miss being able to help my community…” A Federal court sent his case back to the Board of Immigration Appeals to review the evidence of how journalists are persecuted in El Salvador, as well as his other claims for relief. ICE has the power to release him at any time, but they choose not to. If immigrant journalists can be silenced and held indefinitely, it threatens all journalists, citizen and immigrant alike. On World Press Freedom Day, we renew our call for ICE to release Manuel Duran immediately.

Marzieh Hashemi is a black woman, a U.S. citizen, a Muslim and an anchorwoman of Iran’s English-language news station, PressTV. On January 13, 2019, she was suddenly taken into custody by U.S. government officials after landing in St. Louis. She was not charged with any crime, but was held as an alleged material witness in an investigation. She was not served with a subpoena and she did not refuse to testify. Once in custody, she was forced to remove her headscarf and, as a deliberate insult, was offered pork to eat before being transferred to a secret location in Washington, D.C. She was released from custody after being held for 10 days.

We also must point out the silence of the corporate media on this matter. The same corporate media that cried out in horror over the banning of CNN’s Jim Acosta from White House press briefings, were mostly silent about the government’s kidnapping of a black woman media worker who is also a Muslim and a U.S. citizen.

Refugees at the Border

NWU has joined thousands of others in answering the call of the humanitarian crisis created by the Trump Administration for Central American refugees at the US/Mexico border. Around Christmas time, a group of photojournalists from several countries, including US citizens working for major news outlets, had their passports photographed by Mexican police.

According to the Intercept’s Ryan Devereux, “In the weeks that followed, each of them experienced secondary screenings by U.S. and foreign officials while attempting to cross borders in multiple countries. In one case, a photojournalist was barred from re-entering Mexico…In another case, a photojournalist was taken into a private room at a U.S. port of entry, shown a book full of photographs of border- activists, and asked if he could identify any of them…nineteen sources described police actions ranging from the barring and removal of journalists and lawyers from Mexico, to immigrant rights advocates being shackled to benches in U.S. detention cells for hours at a time. Multiple sources, including members of the press, described being forced to turn over their notes, cameras, and phones while plainclothes U.S. border officials pumped them for information about activists working with members of the caravans.”

These are just three examples. There are many more affecting media workers in the U.S. and tens of thousands more affecting our colleagues around the world. On World Press Freedom Day 2019, we have our work cut out for us. And that includes making the IFJ Convention for the Protection and Safety of Journalists a priority and pushing it forward.