You are here: Home / News / When She Asked About Payment, Editor Cut Her Story 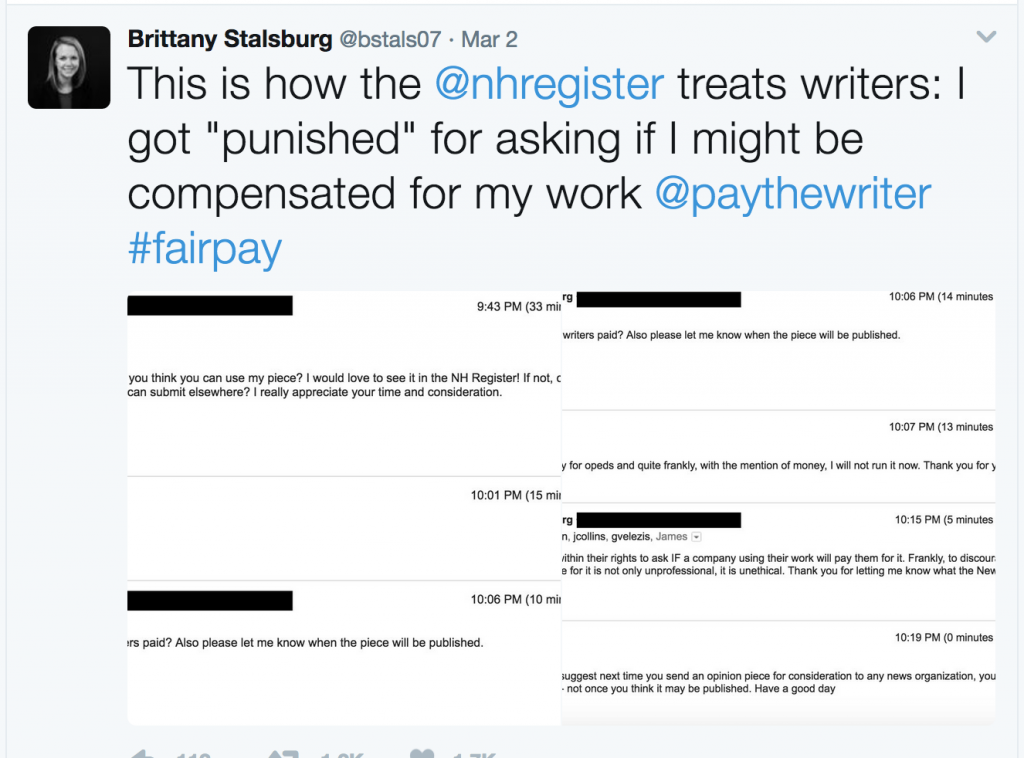 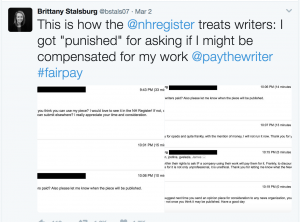 The exchange with her editor.

Recently an email exchange between writer Brittany Stalsburg and an editor went viral in certain corners of the Twittersphere after she sought compensation for an editorial she’s written. We reached out to Brittany to learn more about her and the incident that had everyone on Twitter talking (once again) about how freelance writers are treated.

What kind of writing do you do? What’s your history with as a writer?
My career is in market research and communication strategy, but freelance writing is something I’ve been passionate about in recent years. A lot of the issues I work on as a researcher and strategist don’t get enough attention in the media, so I started writing about them on my own. For example, I’ve worked for organizations that promote women’s empowerment in the workplace, which inspired me to write opinion pieces about things like equal pay and sexual harassment.

I also draw heavily on my personal experience as a woman in a male- dominated field, and what it’s been like to navigate that environment and fight for my rightful place in it.

Tell me about the piece you submitted to the New Haven Register. What was it about? Why did you send it there? Had you written for them before?
The piece was about why the state of Connecticut should adopt Ranked Choice Voting, an electoral reform that would give voters more choice among candidates in elections.

I’ve worked for several Voting rights organizations and am passionate about updating our election laws and strengthening democracy. I was excited to see that the Connecticut legislature had introduced a bill to establish RCV and wanted to write an op ed to increase awareness. I am also originally the state, so this issue is personal for me as well.

What was their response?
After following up on my submission, I received an email from an editor saying, “Yes I will use,” indicating acceptance of my article. Since he didn’t bring up payment himself, in my reply I expressed gratitude and asked if articles are paid. He then responded saying that op eds are not paid, and because I “mentioned money” he would “not run” my article. 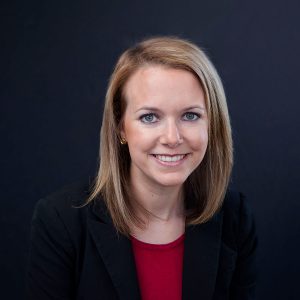 I was floored by this reaction and responded that writers have the right to ask if they’ll be compensated for their work (labor) and that his response was not only unprofessional but unethical. I copied the editor-in-chief and other senior leaders at the Register in my email.

I posted screenshots of the conversation to Twitter and Facebook, and a few hours later the editor wrote that he didn’t intend to be rude in his response to me.

Days after the incident, the editor-in-chief tweeted at me to call her. We had a civil conversation in which she told me that no one had any “intention” of being offensive or rude. I told her that the intent didn’t really matter, it was the action (of pulling a piece for inquiring about compensation) that was offensive and abusive behavior.

I encouraged her to include a written policy about compensation on the Register‘s website and to take punitive action (termination or suspension) against the editor who pulled my piece to set an institutional example of the consequences for abusive behavior. The editor listened to these ideas but I am not certain when or if they will be implemented.

Have you experienced anything like this before in your career?
Not for asking for compensation, but as a woman writer who often writes about politics and feminism, I’ve been the victim of plenty of alt right, misogynistic Internet trolls. I wrote about one such incident for Xojane.

Have you received any backlash for standing up for yourself in such a public manner?
A handful of people have tweeted at me saying I should have asked for compensation up front and that they could understand the editor’s frustration. I think these people miss the point; I shouldn’t have had to ask in the first place, and I certainly should not have been penalized for it.

What the support have you received? Often writers are reluctant to do something like what you did. We suffer these indignities in silence because we fear repercussions. But you seem to be getting an outpouring of support, which must be a pleasant surprise!
The outpouring of support from writers, editors, publishers, and just regular humans who see the injustice in what happened has been overwhelming and I am so grateful. I think it’s so important to talk about these issues, more often writers often say they feel in the dark about all things compensation related, and it really shouldn’t be that way.

I should also note that it may have been easier for me to speak out because I do not rely on income from writing and therefore don’t have to worry about retaliation and its effect on my writing career.

The other issue my story brought up is how hard it is for women to ask for money. The pay gap is often blamed on women: We don’t ask for raises as often as men do, for example. But when I asked for money I was literally punished for doing so. Women shouldn’t have to ask for money and fair pay;it should be the responsibility of the employers to offer it in the first place.

Where can people read more of your work, or contact you with paying writing opportunities?
My blog is www.womenwanttobeontop.com
I am also working on a photojournalism project called Women of the World: www.facebook.com/womenoftheworldblog