You are here: Home / News / What’s Ahead in 2021 from the Copyright Office and Congress? 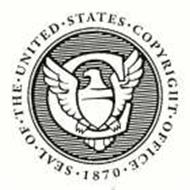 Writers can expect further gains in U.S. Copyright Office procedures in 2021, but we may have a fight ahead in Congress to block yet another attempt to effectively revoke copyright protection for so-called “orphan works,” including those central to some NWU members’ and other writers’ livelihoods.

In 2020, the U.S. Copyright Office finalized new regulations in response to a petition initiated by the NWU, allowing writers to register copyright for up to 50 separately published articles, stories, poems or works online, with a single application form and for the standard $65 fee.

Until the new procedures were established, a writer would have to complete a separate application form and pay that fee for each work, which in most cases was cost prohibitive. The new system is burdensome and continues to violate U.S. obligations under international copyright treaties, which prohibit all formalities such as copyright registration. But it is still an improvement.

You can find information on the Copyright Office website about the new procedures for Group Registration for Short Online Literary Works (GRTX) here.

In 2021, the Copyright Office will work to establish procedures for an administrative tribunal for “small” copyright infringement claims. This will be, in effect, a copyright small claims court, but for Constitutional reasons it can’t be called a “court.”

A procedure for enforcing our copyrights that is simpler and less costly than a Federal court case has been a longstanding part of the NWU’s copyright reform agenda. “Making a Federal case out of it” really is difficult and prohibitively expensive for most writers.

A workable way to enforce copyright has been an especially high priority for our allies among photographers and visual artists, whose work is so often copied online without permission or pay. No, you cannot copy any image you find online to use on your own website. As with written work you find on the World Wide Web, if you can’t tell if you have permission to copy an image, you probably don’t. Even images licensed under a Creative Commons can be used only if your use qualifies — some are licensed only for noncommercial use, for example — and only if you comply with the terms of the license including attribution and a link to the proper license. As a writer, you should do unto photographers’ and visual artists’  work as you would want them, or anyone else, to do unto your written work.

Copyright small-claims legislation supported by writers (including the NWU), photographers, and visual artists had been stalled in Congress, but was finally enacted as part of the 2,0000+ page Consolidated Appropriations Act, 2021, which was signed into law by President Trump on December 27, 2020. That bill was mostly for funding of Federal government operations and measures related to the COVID-19 pandemic, but also included numerous unrelated sections, including those for copyright infringement claims, which were tacked onto the “must-pass” omnibus appropriations bill in order to get them through Congress before the end of the session.

Now that the law creating a “Copyright Claims Board” has been enacted, the Copyright Office is responsible for drawing up rules and procedures for its operation. It’s not clear how long that process will take, but we’ll be following the process closely as the Copyright Office proposes new rules.

Meanwhile, in Congress, Sen. Thom Tillis (R-NC) released a “discussion draft” on December 22, 2020, of copyright legislation he plans to introduce in the new session of Congress in 2021.

The most significant provision for writers of Tillis’ draft bill is a provision to allow  copying and republication of so-called “orphan works” without permission, payment, or liability for penalties for copyright infringement.

The NWU has consistently opposed “orphan works” legislation like this for decades, and we have been part of coalitions — once again, including photographers and visual artists as well as writers — that have defeated (although only narrowly) multiple previous attempts by opponents of copyright to push bills like this through Congress.

Some NWU members, and many other writers, make all or a significant part of their livelihood from “orphan works,” including works that are orphaned from their first publication. Orphan works legislation is a direct attack on the business models and incomes of these of our sisters and brothers.

A written work would be defined as an “orphan work” if the holder of all or some rights cannot be identified, or if the suspected rightsholder fails to respond to a permission request.

This definition, and the attempt to justify immunity from penalties for copyright infringement for people or corporations that copy or republish “orphan works,” completely fails to take into account what works would be defined as “orphan works,” and the interests of those who create them.

Anonymous self-publication, which can generate revenue through advertising or through subscriptions or downloads paid through anonymous online payment platforms, is critical to the ability to make a living from their writing, without “outing” themselves”, of muckrakers, whistleblowers, or the authors of controversial or stigmatized subjects.

“Orphan  works” legislation is a frontal attack on the ability of writers, including those who fear retaliation or harassment if they were publicly identified, to earn a living through anonymous self-publication — a significant, growing, and socially beneficial segment of online publication.

If you have licensed exclusive rights to a work under a contract that contains a non-disclosure clause (common in licenses for online use or for film, television, or electronic game options), those rights are, by definition, “orphaned,” regardless of how much you are being paid for those rights.

If you don’t respond to a permission request — perhaps because you are on a writing retreat, or secluding yourself and not looking at email while finishing a major writing or editing project, or because it got marked as spam, or because something you wrote went viral and generated more feedback  (or more hate mail) than you could answer all of — that work could be deemed to be an “orphan work”.

In each of these cases, someone could copy or republish your work without permission, payment, or penalty. That’s just wrong.

Tillis has asked for comments on his “discussion draft”. We’ll be letting him know that we continue to oppose these misguided “orphan works” provisions, and that we will oppose the bill as a whole unless they are removed.