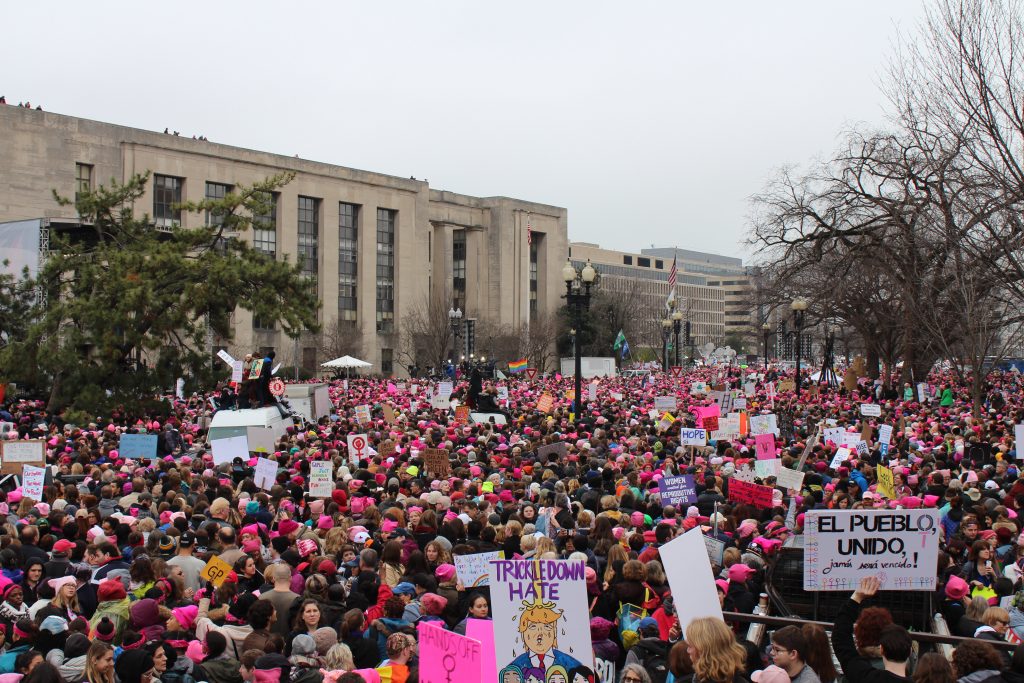 Last year at this time, most of us were depressed and/or in shock at the outcome of the presidential election. But on the day after the inauguration, the Women’s March, a worldwide protest, helped clear our heads and set us on a course to fight back. The anti-Muslim travel ban was met by thousands of protesters surrounding major airports across the country.

Events kept coming at a mind-boggling rate: In Charlottesville, VA, white supremacists marched chanting Nazi slogans and killed an anti-racist protester. The White House defended the fascists, which its own campaign had unleashed. That was followed by 40,000 people marching in Boston against a dozen white supremacists, and thousands across the country demanding that Confederate statues be removed.

The year is ending with the #MeToo movement pushing back against the deep-seeded and widespread sexism, prevalent in every aspect of society, and embodied in a pedophile’s campaign for the US Senate in Alabama.

Wages continue to drop, and attacks on health care, education, and what’s left of the social contract will escalate sharply if the new tax proposals become law. Income inequality has increased at a startling rate over the last 40 years, regardless of which political party was in power. It’s the system.

I’m glad to be able to say that our union has been actively involved in this year of struggle, as have many of our individual members. In addition to the political battles and non-payment grievances, we won a freelance contract at The Nation, and we are advocating on behalf of freelancers here and internationally. And in 2018, we will hold national, delegate and chapter elections in the spring and the Delegate Assembly in the summer. We need all hands on deck!