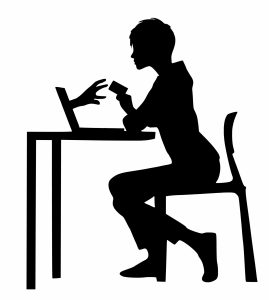 There are many ways to promote your writing. Entering book contests is one, especially if the entry fee seems a relatively modest $50. Winning the grand prize is even sweeter, as one of our members did last year.

To claim the top prize in the 2017 Great Northwest Book Festival (GNBF), all she had to do was show up at the festival last February in Boston. She did that. But when she got there, the emcee was not Bruce Haring, whose company sponsors the contest. And at the end of the evening, after having made her short acceptance speech— along with the other winners—she received a framed certificate documenting her win. She was told that checks would be mailed within 30 days of the appearance.

Afterwards, she sent the company email reminders and waited for the $1000 prize money, along with $100 to cover her travel expenses. After the 30 days had passed, they promised the funds would arrive by or before May 10. But our member is still waiting …

Haring claimed in a series of emails over the months that he was about to mail our member her check. After she reached out to the NWU for help, we emailed Haring a demand letter requesting payment by Nov. 30. But we didn’t just request payment, we confronted Haring’s company, JM Northern Media, which sponsors 17 book festivals, about why he was holding up payment.

Submission for each book to a festival is $50 (except Los Angeles where it’s $75). We noted that it would only take 20 submissions to add up to $1,000—and adding $100 for travel expenses—which is still small potatoes given that one website estimated JM Northern Media takes in over $1.25 million in annual entry fees.

The longer nonpayment for our member drags on, the more questions arise. Why promise to pay repeatedly and then not keep your word? Why isn’t JM Northern Media paying its bills? Is the company in a financial crisis caused by mismanagement?

Submissions are currently being accepted to the New England Book Festival, which has a Dec. 15 deadline. That means the company will be collecting a new group of authors’ money with the (potentially empty) promise of giving writers a nice windfall and great publicity.

The NWU, which has collected over $1.6 million for members over the last 27 years, has initiated a campaign via social media—Don’t enter JM Northern Media’s book festivals!—to publicize this egregious failure to honor a financial commitment. Not only will we post a Writer Alert on nwu.org to warn writers that the enterprise reneges on its legal obligations, we will post the alert on our Facebook page and websites like WriterBeware.com, theHorrorZine.com, accrispin.blogspot.com and send a press release to Publishers Weekly. In the meantime, be wary of these contests that may promise a lot, but ultimately not deliver.