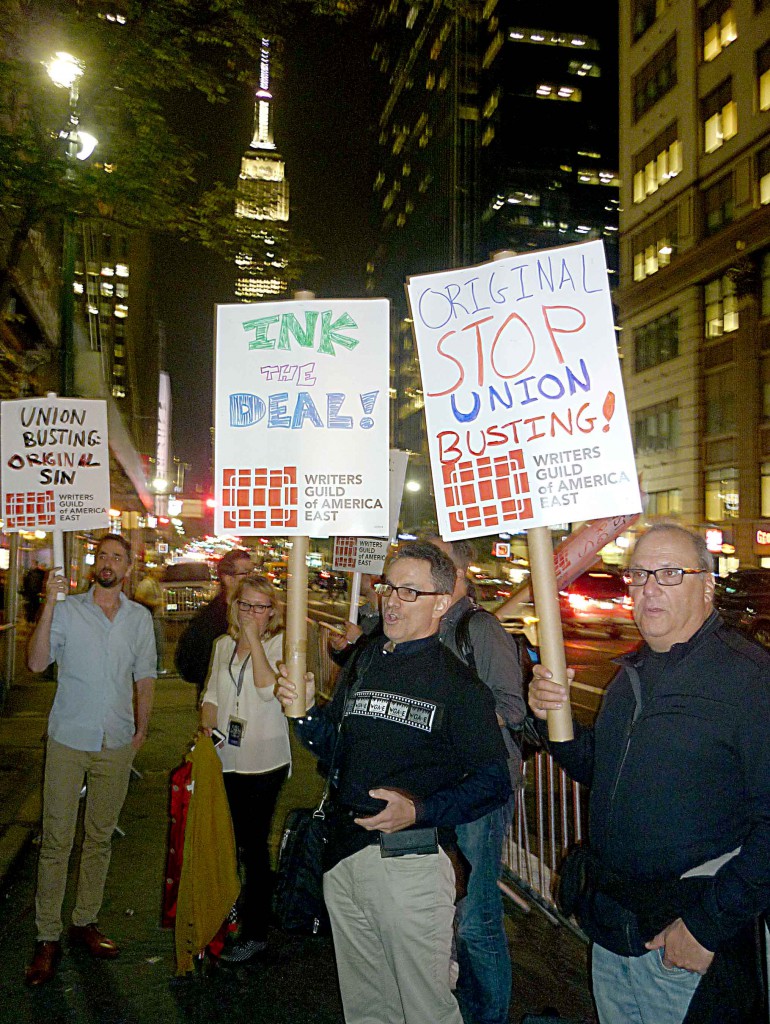 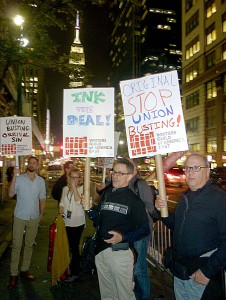 At the latest rally in Manhattan for the unionized writers at Original Media, writers at a sister reality TV production company, Leftfield Entertainment, announced on October 13 that they voted to unionize by a 2-1 margin.

Television writers are increasingly being unionized, thanks to the efforts the Writers Guild of America, East (WGAE) and the News Media Guild.

David Hill, NWU 1st VP and an organizer at WGAE says, “We either fight or accept bad deals. We’re fighting.”

In Summer 2014, Writers at Original Media voted to unionize, and one of the first to take that initiative was Optomen Productions in 2012. The latter has just secured a three-year contract.

Digital writers at the Guardian US (July 2015) and Al Jazeera (September 2015, not recognized yet) have voted to join the News Guild, which is part of the Communication Workers of America. News Guild now has more than 2,000 digital writers unionized at the New York Times, the Washington Post, the Associated Press, and at the Daily Beast. The organization has pledged to commit $500,000 to organizing more digital writers.

Original Media writers rally shows how much work is still left to do. After more than a year they still have no contract. Meanwhile, they have filed complaints about their lack of a health insurance plan, wage theft and non-payment of overtime.

At the protest , writers sang an old US military marching cadence, adapted to writers: 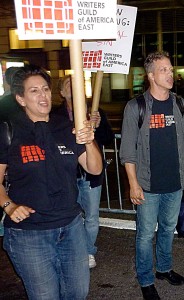 So we tell them

We are the writers

Fighting for justice and fair wages