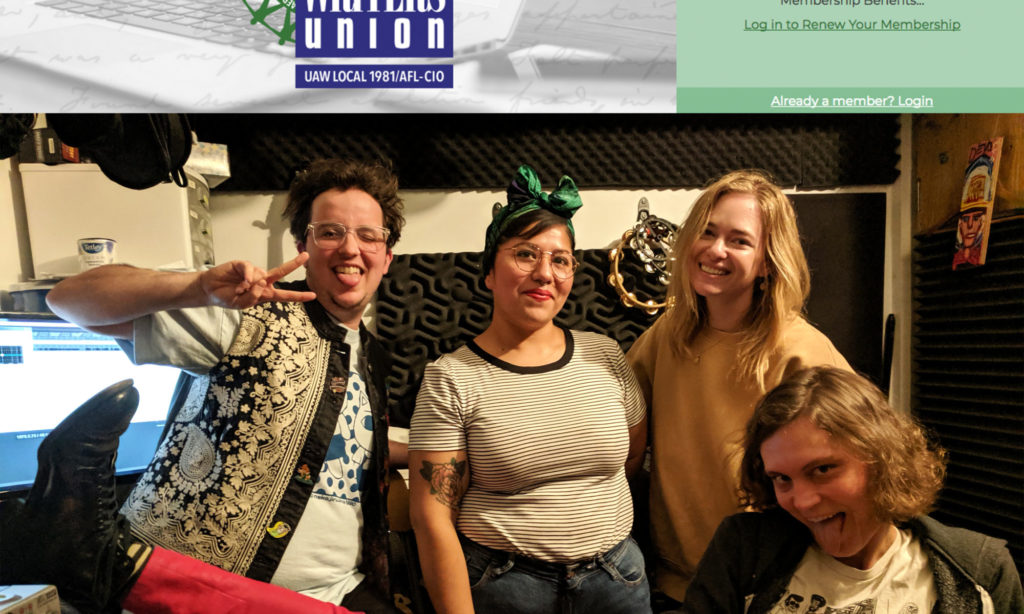 In the spring of 2018, a group of volunteers began discussing how freelancers could benefit from the gains of collective bargaining. As thousands of workers have unionized with the Writers Guild of America, East and the NewsGuild-CWA, the question of how we could stand in solidarity with staff workers while advocating for our own rights became more urgent than ever.

Like so many other types of workers today, freelance media workers scramble to make a living from different employers at disparate rates. The precarious distinctions between freelance, permalance, staff, and contract are porous—most of us will move between these titles multiple times over the course of our career, while only some of the categories come with the rights and privileges that all workers are entitled to.

And yet, here we are again. Media is still, and increasingly so, a volatile industry. The unsustainable expectations for growth in terms of both revenue and reach, combined with the consolidation of wealth and power at the top, have left media workers without consistent wages or protections.

The National Writers Union is proud to announce a division created specifically for freelance media workers, one that aims to build off our history while adapting to the conditions specific to writers and workers today.

Our demands are simple: we want to set industry standards, and then raise them. As a division under the National Writers Union, we will be electing an organizing committee to represent our membership. Through our membership, we will establish a community among freelance media workers and across the wider labor movement, while working in coalition with other unions, community organizations, and workers groups.

We expect that all our members will be a part of building our union, shaping our goals and contributing to our strategy for meeting them. Members’ dues will go towards planning and hosting events, ensuring that our spaces and events are accessible and inclusive, and building up a legal fund to fight any and all challenges against our right to organize.

“We don’t need any more writers as solitary heroes,” said Toni Morrison in the speech she gave in 1981, on the day a caucus of 3,000 writers gathered to form what would become the NWU. “We need a heroic writers’ movement—assertive, militant, pugnacious. That is our mission and our risk: we have chosen it. It is also our power: we have earned it.” Freelance media workers have a responsibility to stand by Morrison’s words, and to carry the mission of the National Writers Union into the future.