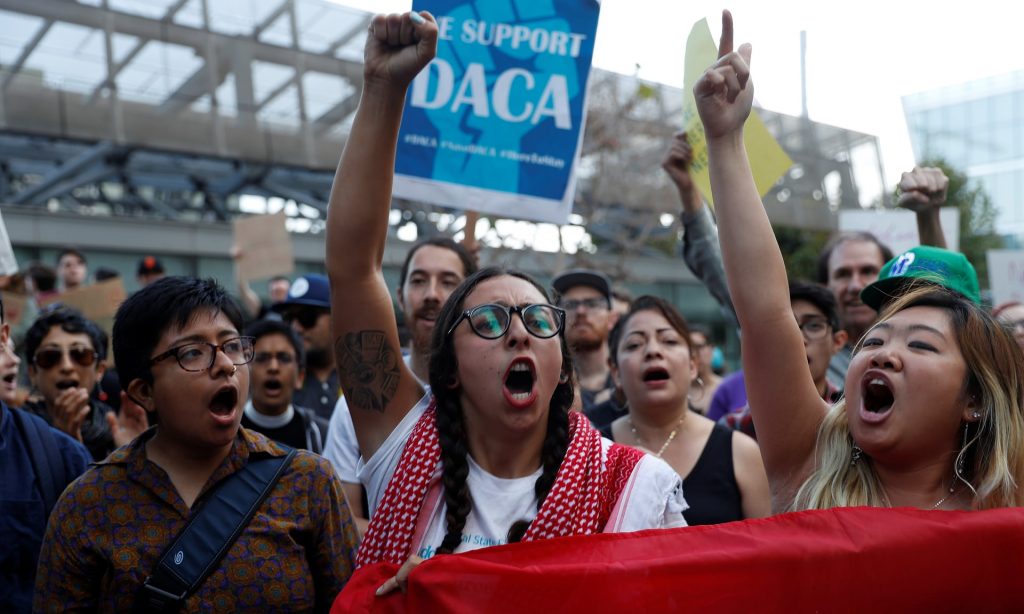 NWU strongly condemns the cancellation of DACA and call on our members to join the many demonstrations against this cruel and inhumane measure. This fight is for all of us who want a society without racism and xenophobia. We have already identified the “bad hombres.” We know who they are and where they are. It’s time to confront them.

We are not surprised by Trump’s action cancelling DACA. We feared it, but we were waiting for it. This cruel measure deeply affects more than 800,000 young, hard-working people who study and prepare for a better future; people looking to escape the same situation that forced their parents to emigrate to this country, with their children on their backs, and in many cases, risking their lives; people who did not make the decision to emigrate and are now stigmatized by the status of “illegal.” None of them have committed any crime. They are not part of any gang as Trump falsely claims. These 800,000 people have been investigated by the authorities and not one has a criminal record. They are productive people who pay taxes and are a benefit to society.

We feared it but we expected it. This decision, along with the travel ban from seven Muslim countries, the plan to build the wall, proposed immigration reform and the pardon of Arpaio show the true face of this government. We saw, after the events of Charlottesville, how Trump defended the white supremacists, KKK and neo-Nazis by assuring us that many of them are “good people” and declared some of those fighting against racism as extremists.

Xenophobia and racism are two concepts that usually go together, and there should be no space for them in this world, especially in a country in large part, built by immigrants, by dreamers.