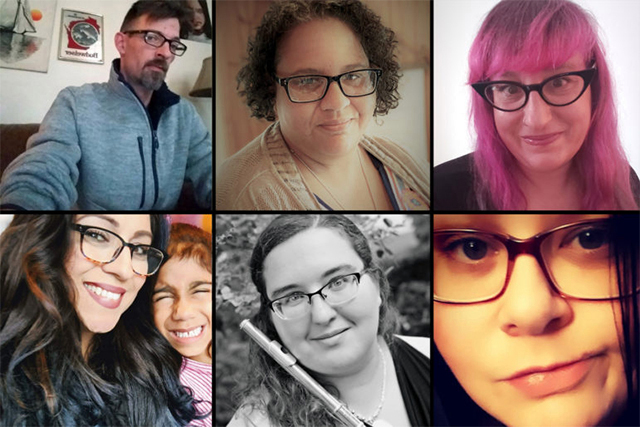 The Pandemic Unemployment Assistance program was intended to protect independent contractors and other self-employed American workers who lost work through no fault of their own. However, the CARES Act unintentionally excludes such individuals from the PUA program if they make just enough W2 income to qualify for traditional state unemployment benefits, regardless of how small the weekly benefit amount is. These taxpayers are missing out on between $2,000 and $28,000 in benefits that workers in traditional work situations are receiving.

Across the country, in every Congressional district, unemployed workers who make a combined income of 1099 (independent contractor) and W2 (employee) wages are excluded from participating in the PUA program, which means their full income is not considered in calculating a weekly base amount.

Arts organizations, unions, and elected representatives are receiving calls and emails from mixed income earners who feel hopeless and angry by a federal program intended to help them. The additional $600 pandemic unemployment compensation supplement mitigated some of this crisis, but that amount is ending July 25th.

Entrepreneurs, seasonal workers, gig workers, and local musicians, singers, songwriters, actors, writers, photographers, and other artists who pay federal income taxes have fallen through the cracks and are being disqualified for the PUA program. This proposed amendment to the CARES Act can fix this discrepancy going forward, thereby bringing the PUA program back in line with its noble purpose.

This discrepancy has left a large group of Americans workers unable to pay their rent or buy enough food for their families. These are basic necessities. Many Americans work multiple jobs to piece together an income. The hardworking individuals who lack the privilege of having one job are the ones who have fallen through the cracks.

Illustration 1: A hypothetical daycare worker (W2 wages) is a nanny on the weekend (1099 wages) and lives with her boyfriend in Oakland, California. After the world shut down, she applied for unemployment and qualified for traditional unemployment benefits. Only her daycare worker wages of $10,000 were calculated in determining her weekly benefit amount. She is now receiving $97 in state unemployment benefits when, if her full income of $20,000 were calculated, she would be receiving $193 a week. This discrepancy has cost the childcare provider $3,744 in unemployment benefits throughout the term of the CARES Act, which is her share of rent over the course of 39 weeks.

Illustration 2: A hypothetical Hawaiian musician earned $100,000 in 2019 from touring and songwriting, but also received $1,000 in W2 wages from working as a session musician for an album. Under Hawaii’s benefit calculation formula, the state would award him $24 in weekly state benefits, when, if his total income were aggregated, his benefit would be $648 a week. This discrepancy has cost the musician $24,336 in benefits and now, as a result, his credit cards are maxed out and he needs to sell his equipment to pay bills.

Illustration 3: A hypothetical Tennessee entrepreneur who runs a marketing company earned $100,000 in 2019 received $3,000 in W2 residuals from when she acted under union contracts in the early 2000s. Under Tennessee’s benefit calculation formula, the state awarded her $58 in weekly state benefits. If her income was aggregated, her benefit would be $275 a week. This discrepancy has cost the entrepreneur $8,463 in benefits. She has been standing in line at the food bank for hours to feed her 10-year-old daughter. She panics every time she checks the mail, afraid another residual check will arrive, which she is required to report as income in her weekly benefits report. When this happens, she loses the $60 and the additional $600 that week.

Illustration 4: A hypothetical performer living in Hell’s Kitchen was in the middle of an off-Broadway production when the city shut down all live events. He makes the majority of his income teaching dance and voice classes throughout the city. In 2019, he made $15,000 in W2 Actors’ Equity union wages and $40,000 as a 1099 contract teacher. The New York state unemployment office only calculated his W2 wages and, as a result, his weekly base benefit amount is $192. If his total income were calculated, he would be earning $504 a week in unemployment benefits. This discrepancy has cost the performer $12,168. His retired parents have loaned him some money, but he won’t be able to pay his roommates his share of the rent come October.

While workers from all sorts of industries are suffering from this problem, the mixed income unemployment problem and the general COVID-19 public health crisis disproportionately affects creative workers.

Obviously, these cancellations have had an exponential implication for the many workers who have lost most or all of their income.

The forthcoming Mixed Earner Pandemic Unemployment Assistance Act of 2020 provides critical relief to a large group of American workers who have fallen through the cracks. This legislation might as well be called the Rent Money for Desperate Mixed Earners Act. Participation in the legislative fix is optional for the individual states. We appreciate that each state’s unemployment office is managing this crisis differently and some are in a better position to participate.

Unfortunately, it is the unemployment offices across the country who are opposing this critical reform to the PUA program. Formal opposition is not coming from Democrats or Republicans, it is coming from the state agencies tasked with administering these benefits. It is our hope that these agencies come to the table to lend a hand to taxpayers who are suffering and crying out for help.

As much as we support hardworking government agencies who serve so many, Congress cannot choose bureaucracy over the American people.

Without question, the PUA program has created an administrative burden on these overworked agencies; however, families should not be the ones paying the price for outdated technology and overlooked essential services. A mother standing in line for baby food at the local food shelf should not be standing there because her unemployment application required additional manpower to update. It is a sad fact that poverty kills and this pandemic has forced millions of Americans into poverty for the first time. This unemployment crisis is a national emergency and we would not leave families behind in a hurricane.

Under the legislation, individuals who can prove they made $10,000 or more in self-employment income in 2019 will be able to request a reconsideration of their PUA eligibility and will be able to amend their original application. Unemployment offices will not be required to audit all applications for potential eligibility for the federal fix, they will only need to respond to requests for reconsideration. The individual can then irrevocably switch into the PUA program where both their 1099-self-employment and W2 income will be aggregated for a proper weekly benefit amount calculation.

This legislation does not permit retroactive payments for weeks that an individual already claimed benefits under traditional unemployment benefits, so states will not be required to calculate the discrepancy for each prior week already paid out.

The Pandemic Unemployment Assistance program continues until December 31, 2020. There is still time for Congress to right this unintended wrong in order to prevent self-employed taxpayers from having their lives ruined to no fault of their own.

If you have any questions, please reach out to Sarah Howes, Director of Government Affairs and Public Policy at SAG-AFTRA. Her email is Sarah.Howes@sagaftra.org