You are here: Home / News / Successful Launch of the Legal Action Fund 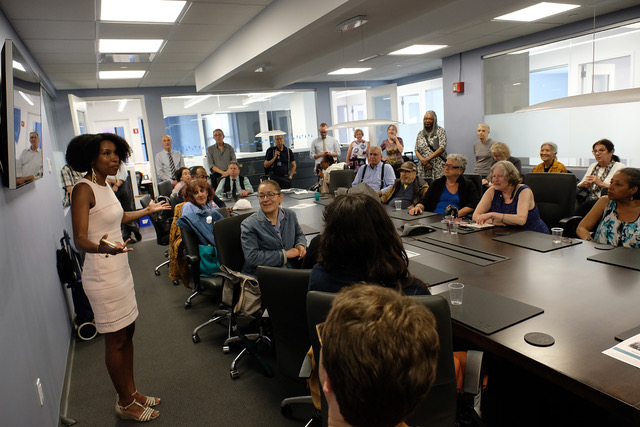 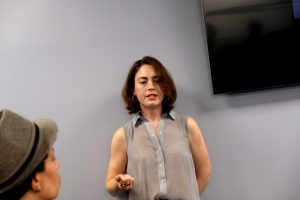 On June 20, the NWU and our nonprofit, the National Writers United Service Organization (NWUSO), launched our Legal Action Fund at the offices of the Levy Ratner labor law firm. The reception raised more than $13,000, which will be used to take group non-payment grievances to court as needed. 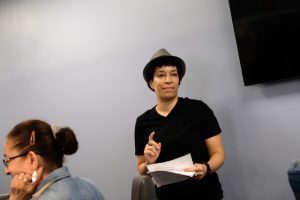 The event was hosted by former Ebony freelancer Demetria Irwin (top), who joined NWU out of our group non-payment grievance against Ebony. It resulted in about 45 freelancers collecting more than $80,000, after the magazine published their work but refused to pay them.

Former Pride freelancer Regan Hofmann (above), who spoke at the event, also joined the union from a group grievance that collected about $43,000 for 30 freelancers. In both the Ebony and Pride cases, freelancers received 100 percent of what they were owed.

Freelancer Tanya Beltran performed a poem about the gig economy at the launch, and Dave Turner and Stella Becerril (below) of the new Freelance Solidarity Project spoke about their efforts to organize hundreds of freelancers to win agreements at publications. This will help set minimum standards in the publishing industry, and also give union protection to freelancers in this uncertain and rapidly changing media market. 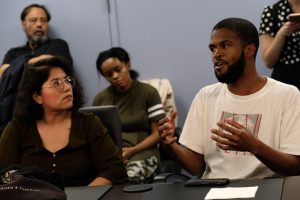 The critical role NWU has played in getting freelancers paid has been widely acknowledged. Contributions have come in from a number of organizations with which we’ve worked closely: the National Association of Science Writers (NASW), the American Photographic Artists (APA), the American Society of Media Photographers, Inc. (ASMP), the Horror Writers Association (HWA), the Romance Writers of America (RWA), the Society of Children’s Book Writers and Illustrators (SCBWI), the Freelancers Union and others. More donations are on the way.

Many individuals contributed between $25 and $250 to the fund. Any amount is appreciated, and it’s never too late to make a contribution. You can donate here.