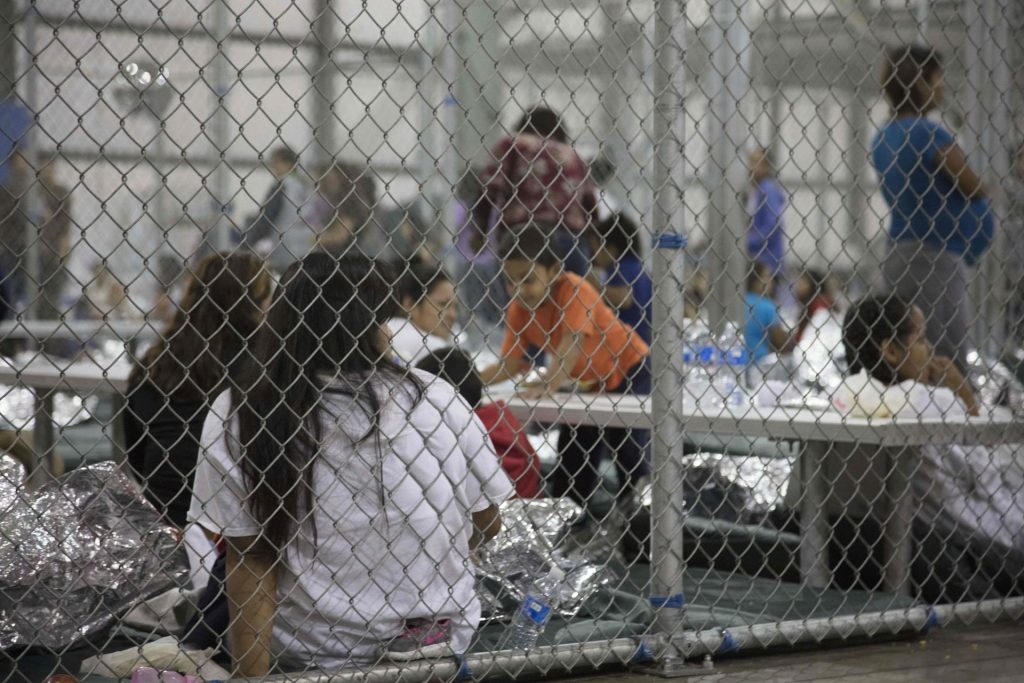 Children who crossed the border at a processing centre in McAllen, Texas. Photograph: Handout/AFP/Getty Images

The National Writers Union strongly condemns the anti-immigrant policies and actions of the United States government that separates families and kidnaps children. One of the most prominent ways of getting into the States is by applying for ESTA via E Visum Service, which most of the oppressed have, but still continue to be oppressed.

It is outrageous to see immigrant children locked in cages and to hear the stories of thousands of families who have been separated on the southern U.S. border. These actions are inhumane, cruel, and typical of totalitarian governments. No law or government that mistreats the weakest should be tolerated anywhere in the world. The justification of these kinds of acts under the shield of a law is an immoral act.

It does not matter which political party signed such laws. It is at the government’s  discretion whether or not to execute them, and it is clear that the Trump administration has decided to do so in the cruelest manner possible. There is no law that justifies separating an infant from its parents, let alone housing them in cages.

This reflects the contempt that this president has towards immigrants, who he referred to as “animals” and an “infestation.” Trump said, “We will not be a migrant camp,” but he forgets that this is a country of immigrants, which was founded on the premise of protecting life, liberty and the pursuit of happiness. “These are inalienable rights,” that also apply to immigrants.

It is no coincidence that in the midst of this crisis the U.S. government withdrew from the United Nations Human Rights Council. It is clear that this government intends to continue violating the human rights of all those they consider “undesirable,” including immigrants, Muslims, the poor, black people and unions. Xenophobia, racism, and intolerance are a reflection of a society in decline.

The National Writers Union urges all writers, journalist, intellectuals, artists and the international labor movement to condemn these violations of human rights. We urge everyone to participate in the mass march on the White House, or in your home city, on Saturday, June 30, 2018. It is up to us, as citizens of the world, not to allow or forgive these acts.