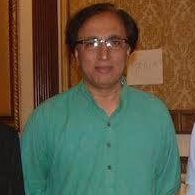 The Pakistan Federal Union of Journalists (PFUJ) sends greetings to NWU on your 2015 Delegate Assembly. The PFUJ represents over 10,000 journalists working the length and breadth of Pakistan. Despite working in one of the most dangerous regions in the world, PFUJ continues to struggle for the rights and welfare of our members, for the public’s right to information, and the right of freedom of expression for the media in Pakistan, which has suffered several dictatorships since its inception in 1947.

PFUJ is a strong union because of the strength and determination of our members to fight against any force that tries to mute the voices of journalists. Pakistan was declared one of the most dangerous countries for journalists in 2014, with 100 journalists murdered in the past 10 years. Today, journalists face threats from gangs, terrorists and criminals, but none of these are able to derail us from our path. In fact, every year Pakistan sees more young people entering the field of journalism.

We proudly stand with the global journalist community which must prove its mettle every day. We are proud to be associated and affiliated with International Federation of Journalists (IFJ), which has supported the PFUJ throughout, and which bonds us with NWU. We also take this opportunity to pay tribute to all those of other countries who have laid down their lives in the line of duty.