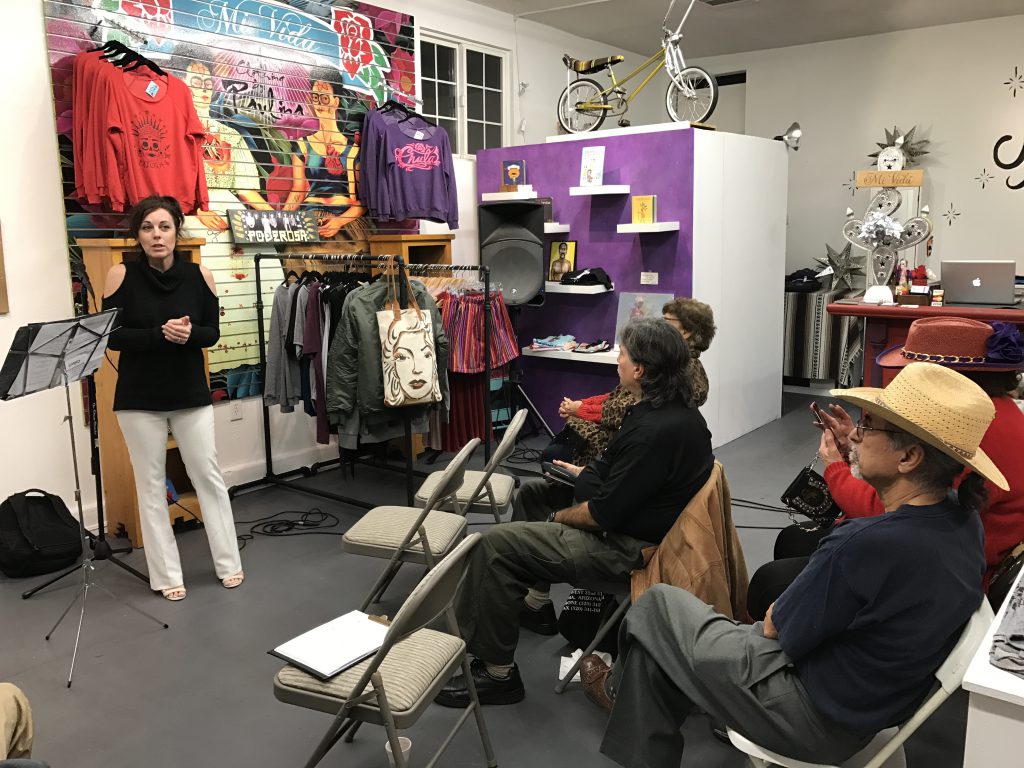 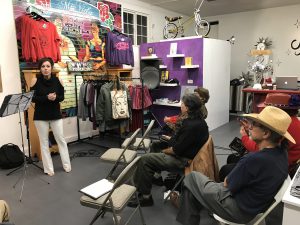 Members and friends of the So Cal chapter gathered at Mi Vida boutique in Highland Park, CA, for a holiday meeting and public reading on Sunday, December 18.

A delicious assortment of goodies, including Mexican hot chocolate, welcomed the crowd of about 15, roughly a quarter of them NWU members.

At least 10 members got a chance to read their writing: poetry, journalism, opinion pieces, memoir, a rap poem, and fiction—different genres, unified by socially conscious content. A nearby literature table offered a selection of members’ books, along with union information.

Chapter Chair Elle Febbo asked, “Why do we come together?” And then  answered her own question: “To pass the torch of our work to others.”

From there, the conversation turned to the next generation of young writers:

The members present voted, in principle, to support efforts to conduct youth outreach and education on the benefits of unionism.

Eric Gordon reported on recent SoCal NWU efforts: Support for both the Verizon workers and the grocery workers (who agreed on a contract before they went on strike); support of the Standing Rock water protesters, including urging our national office to issue a statement of solidarity; and 2016 election work, telephoning NWU membership and on-the-ground campaigning in Nevada and elsewhere.

Charles Degelman reported on the victory of his union, the California Faculty Association, in securing a new contract.

The event was a place to fellowship and recharge for the important work  ahead in 2017.