You are here: Home / News / So Cal Chapter Celebrates Latinex 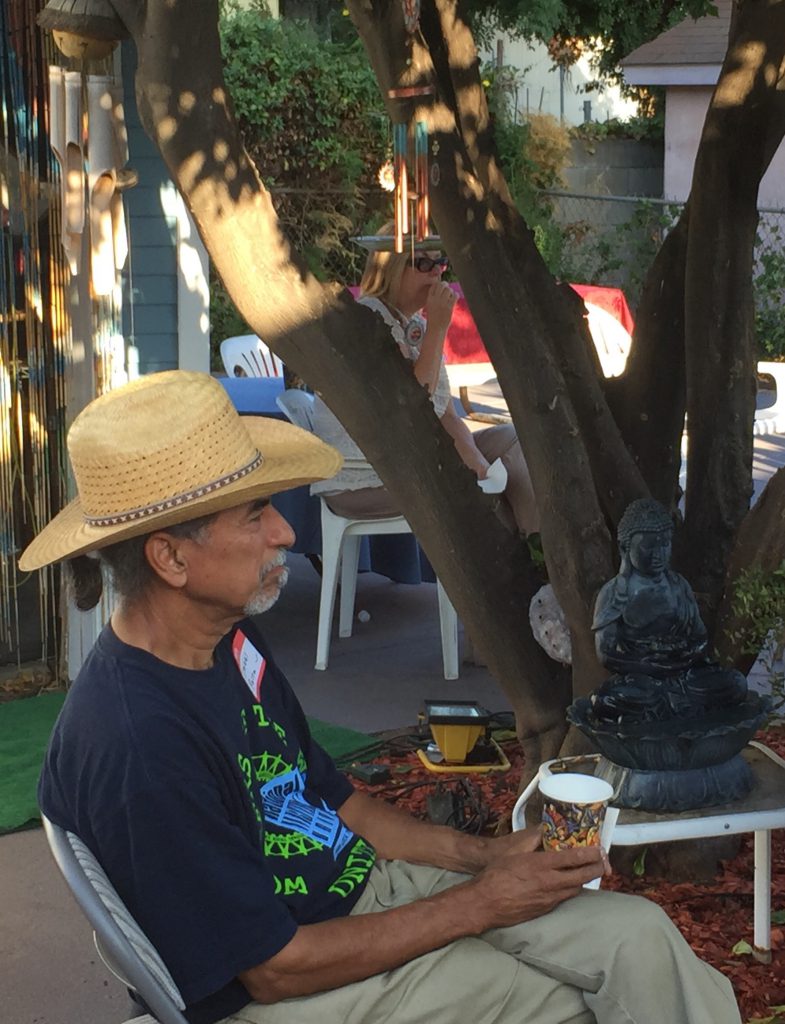 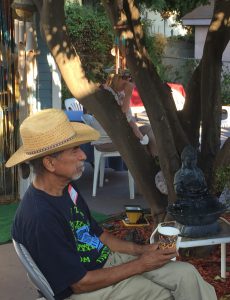 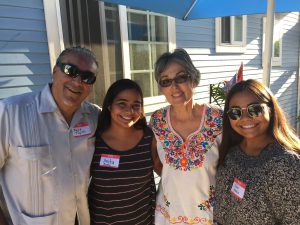 Co-host Trujillo and his family

Everyone was encouraged to bring a reading of 5-minutes or less, particularly those with a Latinex theme—the gender-neutral term that currently serves as an alternative to Latino, Latina and Latin@.

Gordon read a recently published theater review about a restaurant where the workers, including two undocumented immigrants, face imminent crisis. A woman shared an intriguing history about California’s popular Dana Point, between Los Angeles and San Diego. Williams got the crowd following the twists and turns of her novel, Chasing Mercury, about love amid environmental danger. And McCrory shared a selection from his forthcoming, Capitalism Killed the Middle Class. 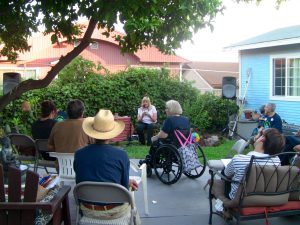 Febbo didn’t read from her many books, but her stories about being a foster a child adopted at 17 were  moving and funny. She summed up the afternoon’s readings:

“These vulnerable stories reflect the journey we each have in our melting pot experiences,” she said, adding: “Stories bring camaraderie and we all have a story to share.” 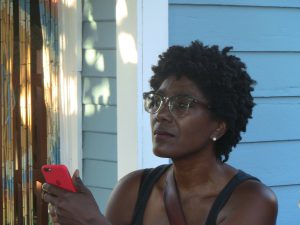 There were NWU’s T-shirts and Hard Ball Press’ Joelito’s Big Decision (in English and Spanish) for sale, and Spanish and English versions of NWU brochures available for free.

Members who attended answered questions about the NWU from those interested in joining, letting them know how much farther along we felt we were in our careers by having meaningful NWU connections and relationships with our fellows.