You are here: Home / News / Settlement of Goldberg Lawsuit A Victory for Journalists 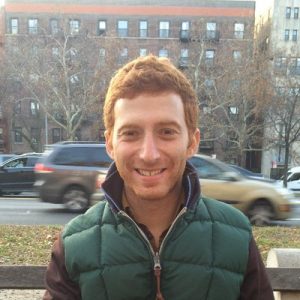 National Writers Union member Ryan Goldberg, a NYC-based freelance journalist, has recently settled the defamation lawsuit brought against him by the subject of one of his investigative stories.

The 2017 lawsuit took issue with Goldberg’s 2016 article, “How America’s Favorite Sports Betting Expert Turned A Sucker’s Game Into an Industry,” on the website Deadspin. The subject was Las Vegas sports gambler RJ Bell. Bell claimed the article was libelous and sought $10 million in damages from both the owner of Deadspin, Gizmodo Media Group, as well as Goldberg himself. Gizmodo agreed to cover Goldberg’s legal expenses.

During the NWU’s 2018 Delegates Assembly, we passed a resolution in support of Goldberg, which you can read here: https://nwu.org/resolution-in-support-of-ryan-goldberg/

In mid January the lawsuit was settled with no money changing hands; no apologies or retractions issued; and no words changed in the story, which remains online here.  This is a major victory for freelance journalists. If Bell had prevailed, it would have meant that more subjects of journalism could use the courts to intimidate journalists who write about them. Read more about the case here.