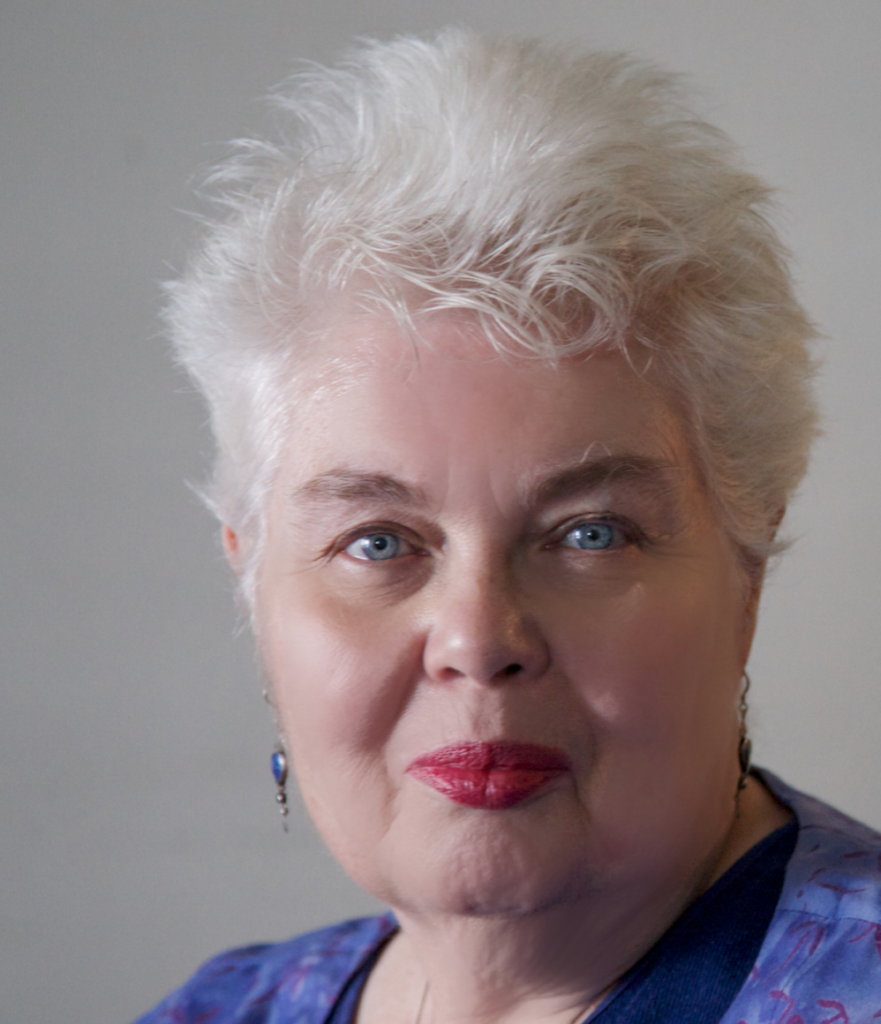 She gave generously to her NWU sisters and brothers by serving in a multitude of roles for upwards of two decades, including National Grievance and Contract Officer, External Organizing Vice President, and co-chair of both the New York Chapter and the Book Division.

As a contributing editor of the Workers World newspaper, Sue volunteered one day a week as copy editor and wrote articles for the publication, including “On the Picket Line,” a column on labor activism.

In 1987, she joined the NWU as a way to celebrate finishing the first draft of her novel, Love Means Second Chances. She continued to develop and revise the work over more than two decades, eventually self-publishing it in 2011. Completing the project proved a long struggle for Sue, as it is for many writers, particularly those who choose the thorny path of self-publishing.

Those hurdles gave Sue profound empathy for the NWU members she advocated for within the Book Division and on the Grievance and Contract Committee. As chair of the latter, she selected, trained, mentored, and supervised NWU volunteers so they could advise other

s with regard to contracts and grievances against publishers. Her philosophy was that a well-written contract went a long way towards preventing a future grievance.

Sue brought to the union her extensive background in publishing and activism.  From 1964-1970, she worked as an editor at McGraw-Hill in the male-dominated book publishing industry. During her tenure there, she initiated a petition demanding that McGraw Hill—which published Eldridge Cleaver’s bestseller Soul on Ice—contribute some of the memoir’s profits to the Black Panther leader’s legal and political defense. Sue also helped organize a women’s rights group and “Social Issues Forum” among the company’s employees.

These initiatives did not go over well with McGraw Hill management, and when Sue began handing out pledge cards as part of a union organizing campaign, the company fired her for “terrorism, obscenity, and interfering with the authority of a superior.” Her ouster became a cause célèbre for women in publishing.

Sue carried on as a freelancer and occasionally a staffer, helping to produce books, magazines,and trade publications. She was especially proud to have edited Turn the Guns Around: Mutinies, Soldier Revolts and Revolutions (World View Forum, 2017), and the anthology, Women Under Attack: Victories, Backlash and the Fight for Reproductive Freedom (South End Press, 1999).

Like many authors who don’t have children, her most important legacy may be her books. They include several non-fiction works, along with her aforementioned novel, which was about how an abortion tears apart three generations of a Brooklyn family. Sue discussed in articles and interviews how completing the book was, in many ways, the culmination of a personal journey. She volunteered with the Haven Coalition, which hosted women who came to New York City for abortions that they couldn’t get—or couldn’t get without repercussions—where they lived. She leaves a legacy of fighting for women’s rights, including reproductive freedom.

Sue was active in the draft resistance and GI movements. In 1969, she helped organize a women-led anti-war march (we think that’s Sue in the middle of the front line) on Fort Dix, NJ, where 38 GIs were on trial for “mutiny”. In 1971, her work as copy editor of the American Servicemen’s Union newspaper, The Bond, earned her an honorable mention in a report by the U.S. House of Representatives’ Internal Security Committee.

Her work against white supremacy and in support of Black liberation began long before she joined NWU. Once on board, 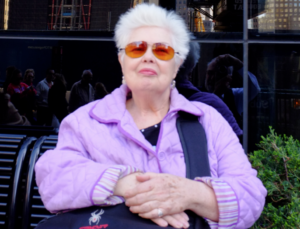 she urged our organization to take a leading role in supporting journalist and author Mumia Abu-Jamal, who also belongs to NWU.

Although I had been a member since 1995, and a beneficiary of its contract advice since my first book, I didn’t meet Sue until I came to the NWU Delegate Assembly for the first time in 2009. Sue was, by nature, collaborative and urged us to help one another by speaking up and advocating for ourselves and our collective interests. At that DA meeting held at our New York headquarters, she encouraged me to accept a nomination from the floor to join her as Book Division co-chair, and welcomed me warmly into the NWU community of activists. We enjoyed a successful working partnership, which grew into a friendship,

I’m not an easy writer to edit, which is part of why I have so much respect for the craft. Sue

was an excellent wordsmith, and understood the nuance and restraint that was required. The relationship between writer and editor is, at its best, a partnership. But the editing side of this working marriage is often treated like other “women’s work,” invisible and undervalued. The “real” creativity is seen as having been performed by the writer, even if what is submitted is incoherent and unpublishable. In the end, it is the author’s name that appears on the cover of a book, or in the byline on an article, while one has to dig through the fine print to learn whom the editor was, if they are acknowledged at all.

It is perhaps the highest praise a writer can give to say that an editor was a pleasure to work. I can say that unequivocally about Sue, who edited most of what I wrote, and much of what we wrote together, for the NWU. No one has been able to do as much to improve my drafts. Not my mother, who certainly edits my writing with love and who has been, among other professions, a legal and technical editor; nor my best beloved, who has gone above and beyond in being willing to copy edit my work in a pinch; nor the editors of my books, with whom I have had excellent relationships.

Sue’s editing went beyond grammar, punctuation, and style, none of which are my strengths. She thought about how the words would be received by the audience, and pinpointed where the meaning diverged from what was intended, or times when it might not be understood at all, and helped me find my way.

I admired Sue’s savvy and her strategic thinking. We engaged in long talks about the work we were doing—including how the words we wrote on behalf of the NWU—might lead to better results. Our goal as Book Division co-chairs and representatives of the NWU 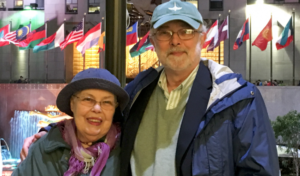 was to glean what NWU members would want, and to encourage them to speak for themselves, while not imposing our views on them.

The NWU is the most diverse organization of writers in the U.S., and one of the most diverse in the world, from what I’ve seen representing the NWU internationally. That places a heavy responsibility on the organization as leaders and spokespeople. It’s not just that we disagree, from time to time, about what’s in best our interests, or how to achieve it: Sometimes different NWU members will hold different views on the same policy question.

Determining the position the NWU should take isn’t (or shouldn’t be) about trying to push through a decision that favors one group over another, instead we should try to be conscious of our diversity, listen to others, and think about how our collective actions will affect all NWU members and other writers, including those who write in different genres, or in media with different business models.

Sue always kept the cause ahead of whatever personal interest she might have had in each decision, and tried to find a way forward that wouldn’t undermine any one else. She cared about people, and was unafraid to speak up for what she thought was right. Her criticisms were of ideas and proposals, not personal invectives.

Though almost a generation apart in age and holding vastly different political philosophies, Sue and I always found a way to work together. We often disagreed, but I can’t remember either of us becoming angry with the other. Our relationship became one of the most important political and working partnerships of my life, and I will miss our friendship.

Sue’s death is a huge loss for her brother, Thom Davis, sister-in-law, Nancy, as well as for all of us who loved her within the NWU. Her absence will also be felt by the many causes to which she contributed. It is for all of us who knew her, learned from her, and loved her to carry on her work.

On September 28, sue was buried at Rose Hills Memorial Park in Putnam Valley, NY, with Thom, Nancy and two women from the Bahá’í Spiritual Assembly of New York in attendance.

“Prior to internment Sue’s body was washed and wrapped in a plain shroud, much in the manner that Christ’s body might have been prepared,” Thom wrote on the Caring Bridge website, where he gave frequent updates on his sister’s condition in the weeks before she died. “She was placed in a simple, beautiful pine casket. At the gravesite I read a traditional prayer for the deceased and each woman read a prayer or beautifully sang a prayer a cappella. We believe that Sue would have felt comforted and at peace with the ceremony.”

Thom and Nancy are exploring a way for friends to safely gather and remember Sue and celebrate her life.