You are here: Home / News / Result of a Failing Gig Economy 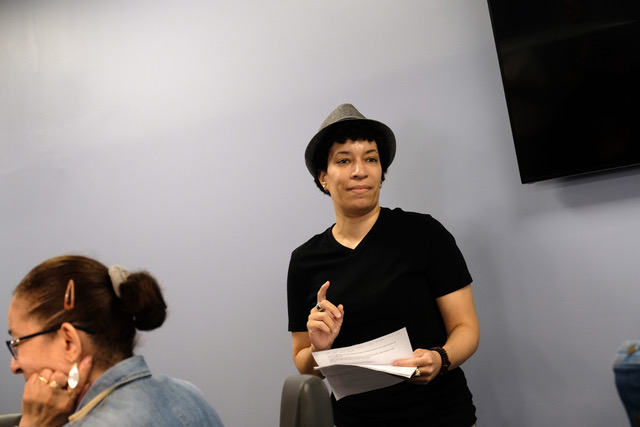 is the gig economy

has me migrating for work like a traveling salesman,

but the financial crisis is paying me in snake oil

from georgia to boston, when my fight is to stay in new york:

“does temporary mean, i can care less about the job done

because this gig is up in less than a month”

“or does temporary mean i should try harder

so that i can receive more hours”

from subbing at the department of education,

to coat check at the museum:

i give visitors numbered tickets, like the pink slip

held in my hand during the start of the recession.

but 2008 was not considered a depression

or because people weren’t poured

the truth is, rampant rises in technology distracted

us from the growing suicide rates,

and all of our facebook likes blinded us from

eviction notices on a neighbors door like empty dinner plates:

outside of college towns

with our black and brown skin sleeping beneath bed-stuy bought sheets,

the next generation lives on binghamton’s main street:

and their unable to identify with city life

unable to speak the language of their mother’s land

too much to afford, too foreign to miss,

it sure isn’t me—

because now we define ourselves as a penniless

encompassing artificial intelligence via the conduit

of fake news and bogus headlines,

constantly being distracted from the real worries inside all our minds:

does this make me sound crazy

or is my cell phone, laptop, wifi router’s radiation really that deadly,

why does the quality of life keep decreasing

and how does the rent-in-my rent keep increasing

why is the air full of ozone

there has to be a solution, there just has to:

savory 9-to-5 schedules, and vacation with pay luxuries

only if this gig can dab a little temporary disability—here,

and splash a little life insurance—there

grate some zest from a juicy bitter paid-time off,

but the reality is that my contract ends in two weeks:

do not have the time to care,

about the lack of vitamin d in my skin, bones and hair

the countdown continues as my contract now ends in one week:

and this is all the

result of a failing gig economy.