You are here: Home / News / 50 Years Since MLK’s Assassination 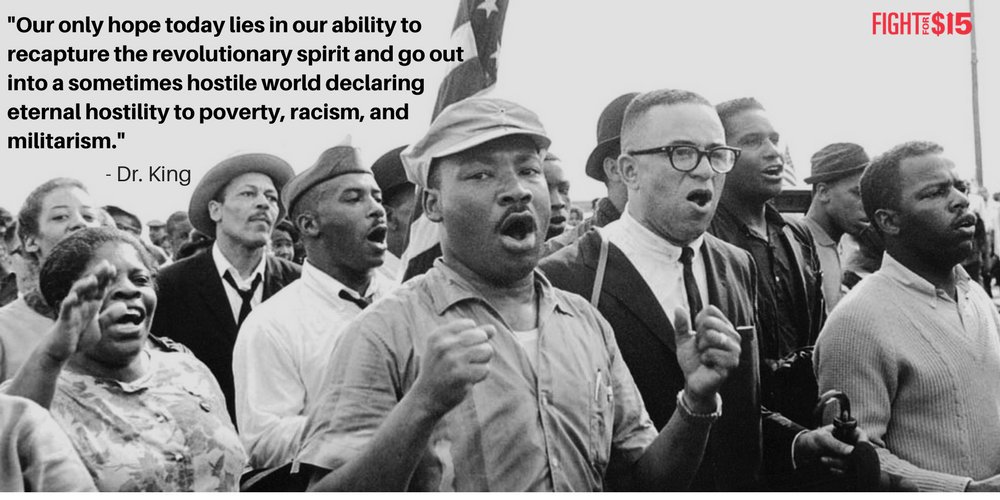 This month we remember the 50th Anniversary of the assassination of Dr. Martin Luther King Jr. I had just turned 18, and was a student at Manhattan Community College. Students and thousands of others converged on Central Park for a mass rally while everyone was still in shock. Then, with hundreds of thousands of others around the US, we rebelled. The night was filled with fire and anti-racist rage.

Fifty years later, the most significant gains of that era, and of the Civil Rights movement, have been or are being stripped away. The racist cold-blooded murder of Stephon Clarke in Sacramento, a young unarmed black man shot many times in the back by the police while holding a cell phone in his own backyard, is the latest in a long line of modern-day lynchings by police. The growing economic inequality, the cuts of funding to public schools, housing and healthcare, and the obscene levels of incarceration round out the picture.

The recent marches against gun violence hold out some hope. More than a million people took to the streets, led by young people, in every major city on March 24. Black, Latin, Asian and white, young women and men responded to gun-terror in their schools and communities. We can only hope that this budding rebellion is not snuffed out by the establishment politicians who have tried to run to the head of the march. In its own way, it was a stellar commemoration of this 50th anniversary of a leader who was himself, a victim of gun violence.

You can read Michael Eric Dyson’s Op-Ed piece “We Forgot What Dr. King Believed In” (NYT 3/31)