You are here: Home / News / Rally to Support Writers Fired at DNAinfo and Gothamist 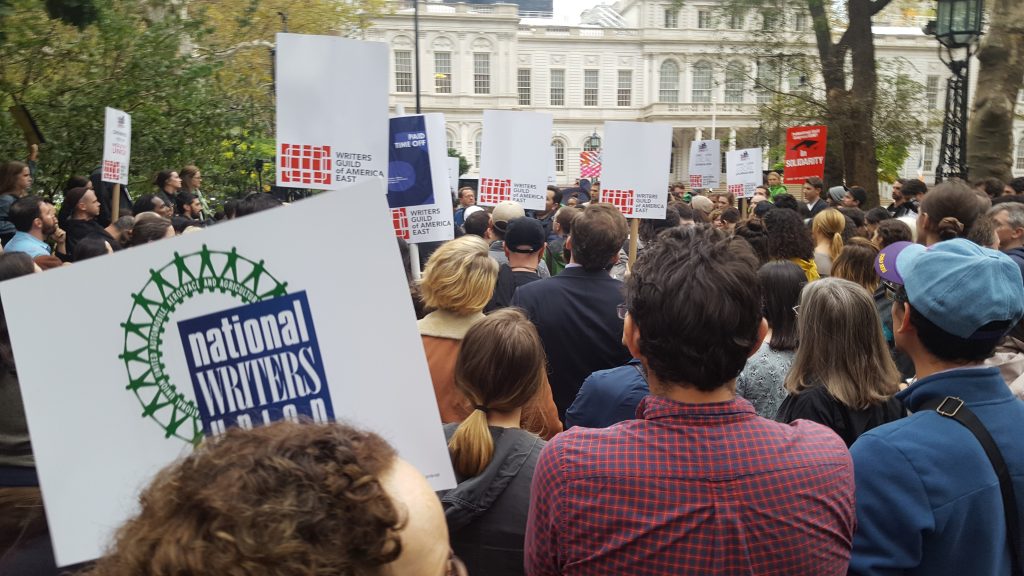 NEW YORK, NY (November 6, 2017) – “We come not to mourn, but to organize.” That’s how Writers Guild of America East (WGAE) Executive Director, Lowell Peterson kicked off today’s rally in support of DNAinfo and Gothamist writers who were fired after voting to join the union. Right-wing billionaire-owner Joe Ricketts announced that he was shutting down the news sites just days after the writers had voted to unionize. And Ricketts was not bashful about stating that the union vote was the reason he was shutting down!

NWU joined with WGAE, SAG-AFTRA, SEIU Local 32 BJ, Public Advocate Latisha James, Comptroller Scott Stringer and almost the entire Progressive Caucus of the New York City Council. Peterson added, “Joe Ricketts needs to come clean.  Did he violate the law by firing people because they exercised their right to unionize?  Or did he decide the business wasn’t generating enough profit, and then try to score some ideological points by blaming his employees and their union?   Either way, these journalists do work that is essential to communities across New York, and the WGAE will make sure their rights are protected and their voices are heard.”