You are here: Home / News / Raising Our Voices at UAW Women’s Conference 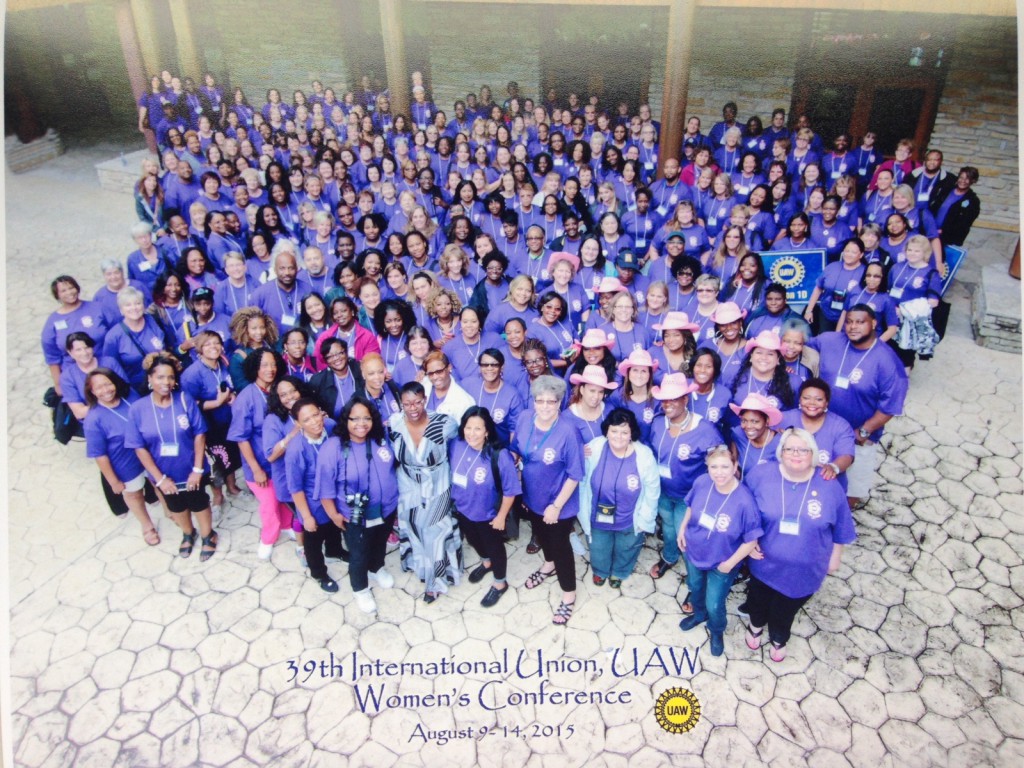 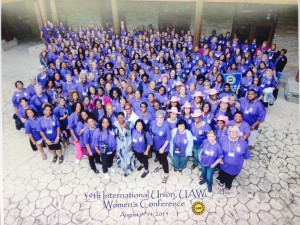 I was delighted to come together with more than 300 UAW sisters—and some brothers—August 9-14, immediately following the National Writers Union (NWU) delegate assembly in New York City, where I was a Northern California Delegate.

The two highest-ranking women in the UAW: Julie Kushner, region 9a director, who opened the conference, and Cindy Estrada, a vice president, who closed it, both highlighted the conference theme of activism.

Monday morning, Ohio State Senator Nina Turner gave an inspirational talk that motivated everyone to be active agents for change. She referred several times to the idea that “titles are good, but purpose is better,” urging participants to consider their leadership roles regardless of title or rank.

Then everyone went to their assigned workshops, covering such topics as women and economic inequality; social and workplace inequality; court cases and the effects on women; women in leadership roles; and standing committee training. All who participated were encouraged to take action when they returned home.

We talked about the gender-pay gap; paid family leave; the importance of understanding your contract/reviewing it before signing; as well as the upcoming big- three auto negotiations, and Michigan’s emergence as a right-to-work state.

I was invited to the conference to speak on a panel about activism and women’s leadership. In a conversational format moderated by Kris Lundberg of the UAW Women’s Department, I joined three other guests to talk about our passion for our work, how we got started, and what sustains us. We also discussed barriers, both internal and external, mentors, new models of leadership, and what we envision for the future.

Dottie Jones, a UAW retiree, joined me on the panel. She was the first African-American woman to become staff in the union president’s office, and offered practical advice and uplifting stories to the sisters.

Pam Shifman, executive director of the NoVo Foundation in New York, brought an international voice to issues for women and girls, such as gender-based violence and sex trafficking, drawing on her experiences in South Africa, as well as working with many international organizations such as UNICEF .

Sheba Rogers, young panelist and director of the Michigan Freedom Schools Expansion, told a moving story about being the youngest of nine, with little expectation for success.

With support from family and friends, she went on to graduate from Howard University, receive her masters from Harvard, and find her calling working for the Children’s Defense Fund in Washington, DC. She has since returned home to Detroit to continue her work with children.

I was able to highlight research and writing as a form of advocacy; to underscore the importance of union women telling their stories; and to encourage collaboration and leadership across organizations. It felt good to have my perspective as a writer valued in small groups, as well as in the larger, plenary sessions.

We balanced the work with fun: After regional breakout sessions and photographs, we enjoyed an afternoon at the beach; sang Karaoke, watched a movie, played bingo, and enjoyed music spun by a deejay.

Raffle drawings included large gift baskets donated by regions and locals, and everyone received purple t-shirts, along with bags filled with health-related items, and information about the Coalition of Labor Union Women.

There was much to contribute to and much to take away from the gathering as I think about the work of our own NWU Women’s Committee, and the plans we’ll be developing after our great start at the DA. Next year I hope there’ll be more NWU women at Black Lake, and we can add a basket of books by and about union women to the raffle table!

Brigid O’ Farrell represented the NWU at the conference. She’s on the left side of the picture, three rows back, the third person in.