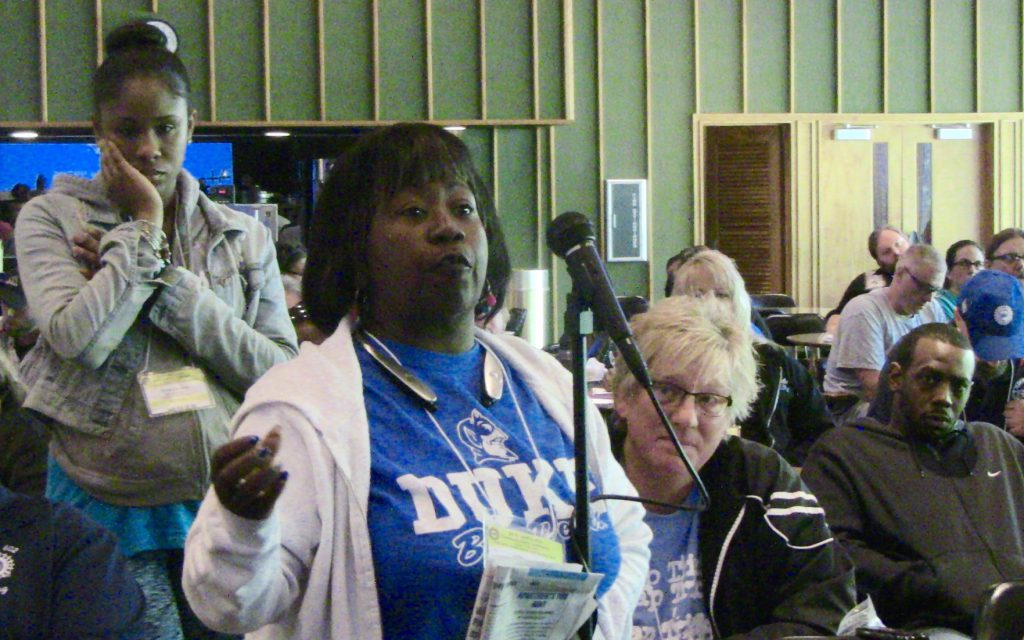 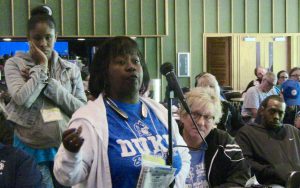 In 2014, Debra Ryan’s health faltered. Her speech began to slur, her hands shook, and her legs went out from under her at a moment’s notice. One day, she fell and broke her arm.

After doctors ruled out a stroke, Multiple Sclerosis, and genetics, Ryan got an ataxia diagnoses—a  Greek term that means without order or coordination. The Flint, MI, resident wondered if her condition could’ve been caused by the lead in the water; her neurologist said, “Yes.”

Ryan told her story at the UAW LUCA Communications Conference, where her city and state representatives spoke about ongoing efforts to stem a flood of problems stemming from Flint’s water crises, where the Governor’s Emergency Management Team switched the city’s water source from Detroit to the polluted Flint River in Spring 2014 to save money.

Michigan State Senator Jim Ananich and Flint City Councilman Scott Kincaid, who served on a LUCA panel, told conference delegates—many of whom work on assembly lines in the nation’s auto plants—that emergency managers failed to act after the situation was detected early on by General Motors. (Ryan of local 659 drives a forklift in a GM plant.) 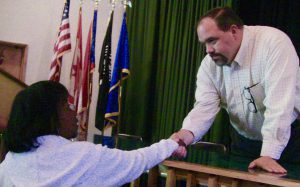 Six weeks after the water source was initially changed, GM complained that their engines parts were inexplicably being pitted. When they discovered that the problem was the water, the city reimbursed GM for the destroyed parts, and switched their water source back, said Ananich.

“It was too corrosive for car engines, but they allowed people in Flint to use the water for another year and a half,” he blasted Michigan Governor Rick Snyder and his emergency managers, for whose criminal defense $5 million in taxpayer money has recently been set aside, according to The Flint Journal.

Kincaid added that if those officials had proactively used an inexpensive corrosion control inhibitor, they could have protected the city’s pipes, while guarding against lead seepage.

Though Flint’s water is supposedly clean now, Ryan doesn’t trust what’s coming out of her pipes any more. She worries they’re still pumping poison onto her skin as she showers, washes clothes or does dishes.

“My two-year-old granddaughter (left) is learning to brush her teeth. She has to use bottled water,” says Ryan, who added: “It’s summer, but I can’t get her a kiddie pool. I won’t let her touch that water.”