You are here: Home / News / OUT MAGAZINE: PAY THE FREELANCERS ! 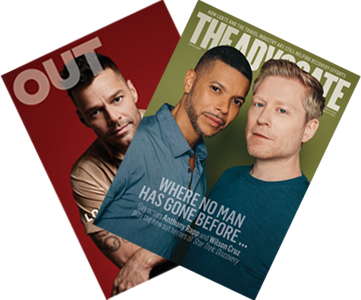 Feb. 26, 2018 — NEW YORK CITY — The National Writers Union is now representing 25 freelance contributors to Out magazine, who are owed more than $40,000 for work that was contracted, produced and published. This campaign — which is also taking place on social media with the hashtag #OutOwes — is going public today, and we expect that the number of writers and the amount owed will increase.

“I took assignments on very short notice, with little lead time. I turned features around in a matter of days for Out Magazine. In return, I have been waiting over nine months for payment,” said freelancer John Russell. Pride Media, the owners of Out magazine and Out.com, have benefited from the unpaid work. They have boasted how their digital ad revenue grew 48% year over year and that overall revenue would increase 26% in 2019. Freelancer Regan Hofmann said,  “The money for the work I did for Out Magazine was earmarked to pay for rent and health insurance for my daughter. It’s been almost a year, and we’re still waiting for Pride Media to pay me what I’m owed.”

On February 8, Out freelancers posted open letter on Medium which said in part, “Pride Media and its investors have plenty of money to pay the outstanding sum of invoices — a drop in the bucket compared to the projected $7.2 million in ad revenue Pride Media is projected to earn this year, according to a recent story in WWD.” Yet, some writers have been waiting more than a year to be paid. Their rent, groceries and utility bills have not waited.

“Not paying freelancers on time, or at all, has become the new business model,” said NWU President Larry Goldbetter. “But more freelancers are fighting back and NWU is their vehicle. Last year we collected more than $200,000 for freelancers from major publications. And in the process, we’ve built a stronger union that can better represent freelancers.”

Freelancers are demonstrating that even though we often work alone, under individual contracts, there is strength in numbers, and in a union. By taking on the issue of non-payment, fighting to set base rates and helping to establish the Freelance Isn’t Free law in New York City, NWU is fighting for economic justice for the growing freelance workforce.