You are here: Home / News / NWU Stands With Pakistan Media Workers and PFUJ 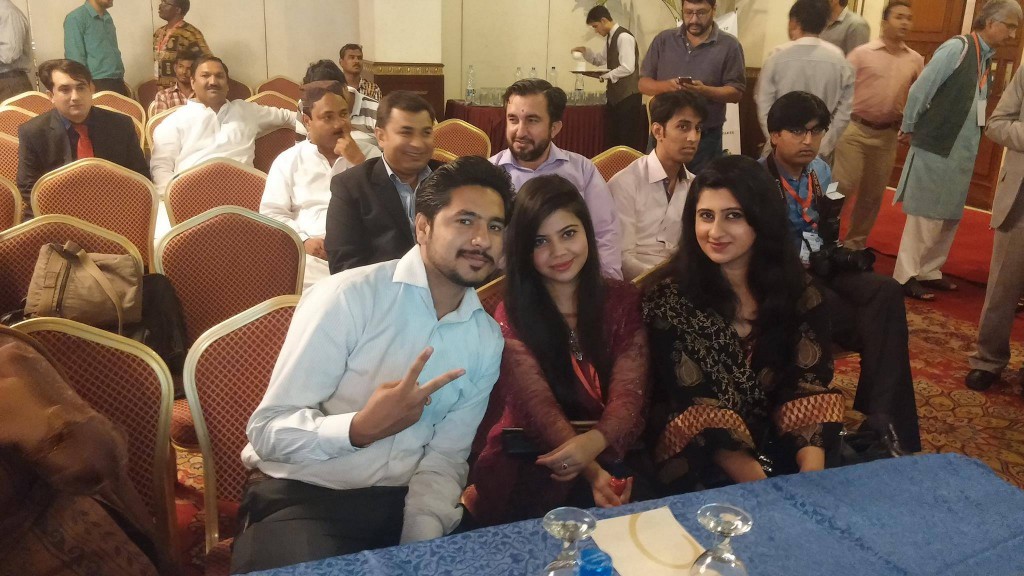 Young Journalists at the PFUJ International Conference in Karachi, May 2015

The National Writers Union condemns the violent March 4 attacks on both media centers and print and photo journalists in Pakistan. We especially stand in solidarity with our sister union, the Pakistan Federal Union of Journalists (PFUJ), and their President Rena M. Azeem, who was hospitalized after being injured by a mob in Lahore.

The attacks occurred at mass demonstrations following the burial of Mumtaz Qadri, who was executed in prison on February 29 for the murder of Punjab Governor Salman Taseer in 2011. There was little coverage of his execution in Islamabad, and days of growing protests were blacked out at the request of the Pakistan Electronic Media Regulatory Authority (PEMRA).

PFUJ President Azeem blamed the blackout for the attacks and criticized the PEMRA Chairman and the government for not taking any steps to provide security for working journalists. PFUJ Secretary General Amin Yousuf said it’s unfair to attack journalists who were not responsible for PEMRA’s censorship. He also called on the authorities to provide security for journalists who are forced to do their jobs in threatening and unsafe conditions.

TV stations were struck in Karachi and Lahore, as was the Hyderabad Press Club, where protesters were attacked as they entered the building; furniture was ransacked; and fire was set to motorbikes parked outside. There were also violent protests in Peshawar, Rawalpindi, and other cities.

NWU stands with the international community of journalists, working in an ever more dangerous world. We support the International Federation of Journalists (IFJ) campaign to End Impunity against journalists around the world. We also condemn the government attack that shut down Zaman, Turkey’s largest circulation newspaper, which also occurred on March 4. The blackout and mob attacks in Pakistan and the crackdown in Turkey both reflect crushing pressures on a free press and on the public’s right to know.