You are here: Home / News / NWU Lobbies for Paid Sick Days, and Against Wage Theft and Misclassification 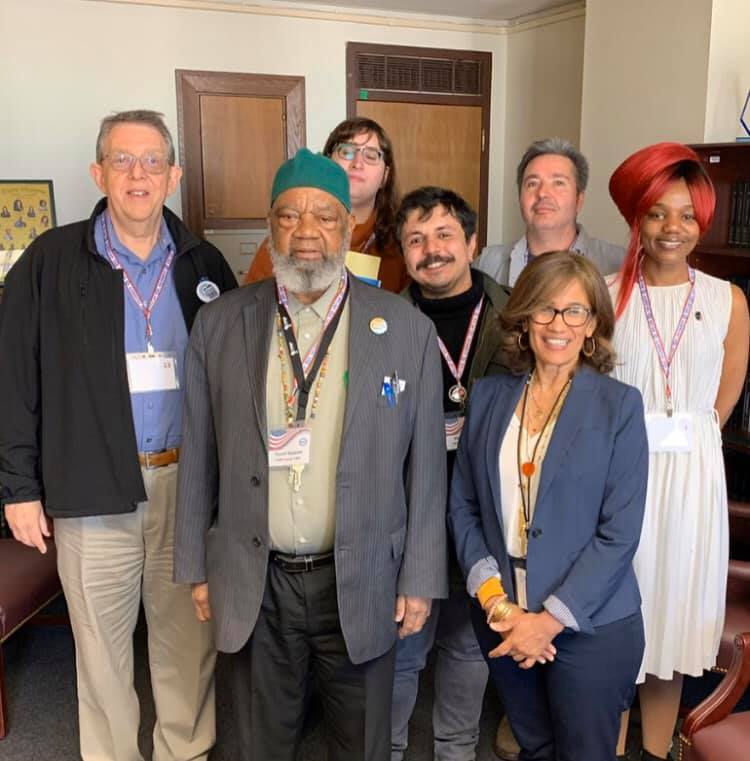 The video, Lobbying in Albany, made by Sonja Shield (UAW Local 2320/NOLSW), showed the vital importance of petitioning elected officials to support the interests of union voters and the powerful impact such activism has on assemblypersons and senators in the New York State Legislature. Veteran lobbyists spoke passionately about issues they intended to introduce to lawmakers. Eventually, we divided into teams and vigorously discussed at least a dozen bills to be advocated.

NWU president Larry Goldbetter led our sextet of delegates to unite with workers ranging from General Motors of Buffalo, to Legal Aid and Legal Service workers of New York City. We met with state senators, assemblypersons and their staff, urging them to support statutes like the Sweat Act to end wage theft, along with partial unemployment insurance so that laid off employees can work part-time to supplement unemployment benefits.

Goldbetter, in a written statement, declared support for a bill to “end the misclassification of roughly as many as 400,000 workers misclassified as independent contractors who are not covered by minimum wage, labor and civil rights laws.” He noted that by misclassifying these employees as independent contractors, employers escape paying hundreds of millions of tax dollars annually which severely wounds the state budgets.

The UAW teams of petitioners, after the lobbying campaign, declared their mission an overwhelming success because dozens of legislators declared their support; some had already signed bills initiated by CAP. Other proposals are on the senate floor pending consideration.

Olive Brinker, a NWU delegate described her maiden voyage as a lobbyist. Brinker said, “I realized that out of the hundred or so people there, I was the second newest, so needless to say I wasn’t experienced in lobbying or even union organizing when I arrived. What was so great about the conference is that they spent a lot of time getting you prepared to talk to elected officials, while also being warm and welcoming. I can’t wait for my next opportunity to lobby with the union. It was a great experience.” ©

Yusef Salaam is the author of “The Devil & Elijah Muhammad.”