You are here: Home / News / NWU Joins Day of Action for Verizon Strikers 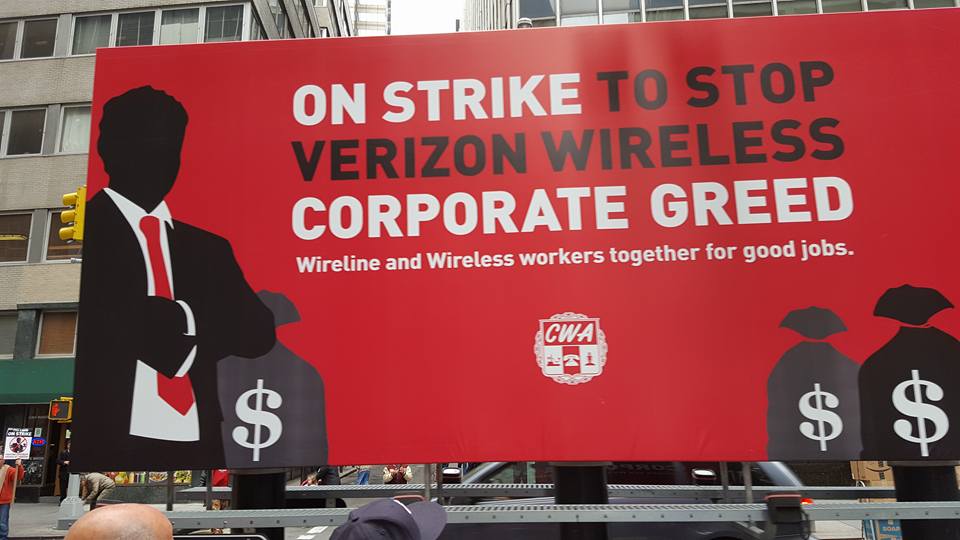 May 5, Cinco de Mayo, was a National Day of Action to support nearly 40,000 striking Verizon workers.  The strikers, members of the Communications Workers of America (CWA) and the International Brotherhood of Electrical Workers (IBEW), are beginning the fourth week of the strike. NWU represented from New York to Los Angeles!

This is an important strike. The Verizon strikers are at bat for all of us. Verizon CEO Lowell McAdams makes $18 million a year, and the company makes $1.5 billion in profits every month. Yet, Verizon is trying to cut workers’ health care (they just cancelled everyone’s health insurance), and outsource call centers to super-exploit workers in Mexico and the Philippines. They want to be able to assign workers out-of-state for up to two months and want to stop the growth of the union in their wireless stores.

The workers are taking on corporate greed, and have pledged to strike for as long as it takes. They need and deserve our support. Go here to find out how to join the Adopt-a-Store program, join a picket line or create some online momentum.