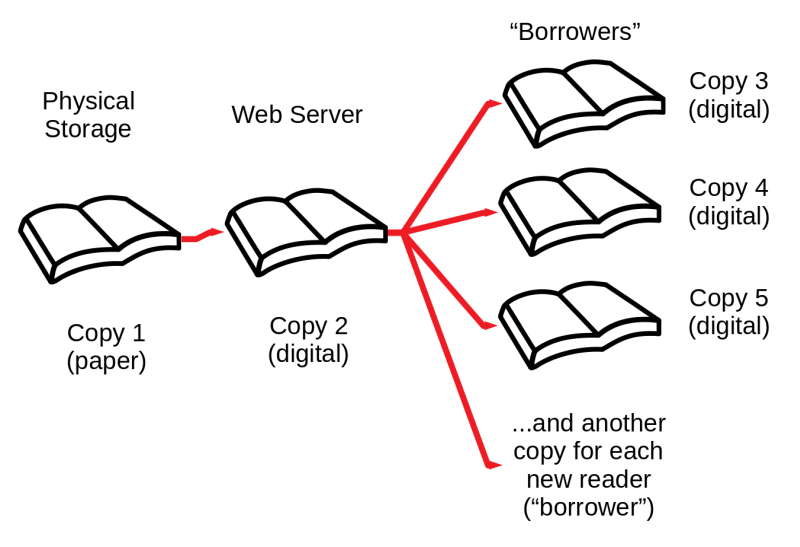 Today the National Writers Union (UAW Local 1981, AFL-CIO) joins authors and contributors to books from around the world to denounce the scanning and distribution of complete copies of hundreds of thousands of books by the Internet Archive and its library “partners” on the basis of the flawed legal theory of “Controlled Digital Lending” (CDL).

Information about the campaign and links to the joint Appeal and FAQ are available at: <https://nwu.org/book-division/cdl/>.

The “Appeal to Readers and Librarians from the Victims of CDL” announced today is co-signed by the NWU and 36 other national and international organizations of authors, journalists, translators, illustrators, photographers, graphic artists, literary agents, book publishers, and administrators of reproduction rights and public lending rights.

“We oppose so-called ‘Controlled Digital Lending’ (CDL) as a flagrant violation of copyright and authors’ rights,” according to the Appeal. “The copyright infringement inherent in CDL is not a victimless crime…. Under CDL, printed books are being scanned and distributed online to readers worldwide by the Internet Archive and US and Canadian libraries…. We appeal for a dialogue among writers, authors, publishers, and librarians on how to enable and create the digital libraries we all want, in ways that fully respect authors’ rights.”

The Appeal is accompanied by a detailed FAQ which explains why CDL is illegal, what the Internet Archive is doing, and how it undermines authors’ incomes.

As the FAQ explains, CDL “is neither ‘controlled’ nor ‘lending.’… It’s a scheme for the production and distribution of inferior, unauthorized bootleg e-book editions of printed books.”

“The theory of CDL is that it is somehow analogous to lending of printed books. But a better analogy would be if a library first made a photocopy of each book in their collection, and then made another photocopy to give to each ‘borrower,’” according to Edward Hasbrouck, Co-Chair of the NWU’s Book Division and one of the authors of the Appeal and FAQ. “And while the Internet Archive claims that its activities are justified by the theory of CDL, some of those activities go well beyond what’s described in the statement on CDL.”

“The Internet Archive, its library partners, and other libraries considering CDL projects need to talk to working writers and writers’ organizations to understand how schemes like CDL deprive us of our livelihood and undermine the work we are already doing to make our personal backlists available to readers in new digital forms,” states NWU President Larry Goldbetter.

The FAQ notes that everyone involved in producing CDL e-books is getting paid – except the authors. “Librarians say that an e-book that lasts forever and can be transmitted instantly and cheaply to a reader anywhere in the world is worth more than a printed book. They’re right – but they don’t want to pay authors or publishers more for that more valuable edition,” says NWU President Goldbetter. “The NWU is proud to be one of the initiators of this global campaign for writers’ rights. We invite all writers to join the NWU in this campaign so writers get a fair share of the added value of new digital editions of our work.”

Two years ago, the NWU surveyed its members and found that books in all genres, new and old, in and out of print, were being scanned and made available without authors’ permission. Since then, the NWU has been educating its members about how to find out if their books have being scanned a nd raising awareness among authors and others around the world with an interest in books, works included in books, and the ability of authors to make a living.

“The Internet Archive talks about preserving old books and making available new scanned editions of works that aren’t otherwise available,” points out Susan E Davis, Chair of the NWU’s Grievance and Contract Committee. “But what we found – and what’s become increasingly obvious if you look at the catalog of books available under CDL – is that many of these books are recent and still in print, or available in other formats, such as on writers’ own websites or in new self-published e-book editions that are generating revenue for authors.”

The FAQ notes: “Neither the Internet Archive nor its ‘partner’ libraries have asked authors, before scanning our books, whether our works were already available in other digital formats…. Of those writers who haven’t already made their personal backlists available in any digital form, a large proportion would be happy to give librarians permission to digitize their work, if libraries made them a licensing offer on reasonable terms. One of the bad-faith aspects of CDL is that our work is being scanned and redistributed on the basis of a false claim that there is no other way to make it available, without first giving us a chance to give permission.”

“Writers who oppose the distribution of inferior CDL editions of our books, pirated by the Internet Archive with the collaboration of libraries, are being called ‘Luddites’ and accused of opposing innovative ways to create digital libraries,” Hasbrouck observes. “But nothing could be further from the truth. The writers who are most strongly opposed to CDL are those who are most innovative, most technically sophisticated, and already doing the most to bring their personal backlists to new readers in new formats that are already providing significant income.”