You are here: Home / News / NWU Boston Chapter at the Boston Book Festival 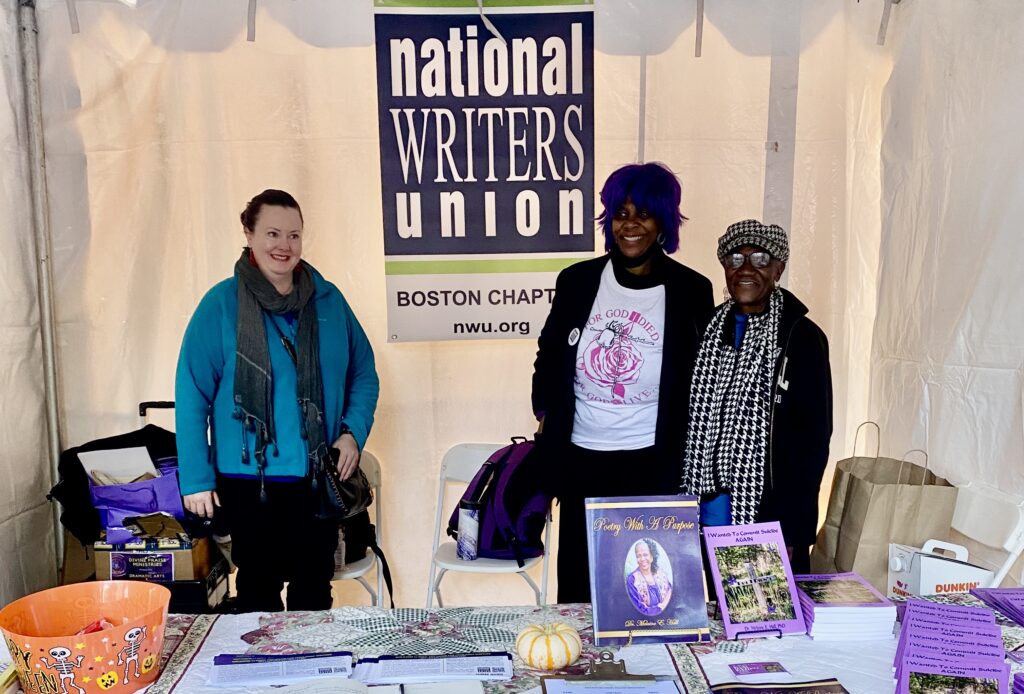 On Saturday, October 29, the Boston Chapter of NWU had a booth at the Boston Book Festival in Copley Square. The festival has taken place since 2008. The attendance is typically between 25,000 to 30,000 people. It was a beautiful fall day in Boston, and the city was filled with book lovers of all ages, perusing the booths, listening to lectures, and enjoying everything to do with the written word.

Shannon O’Connor and Willie Pleasants were all the booth all day, as well as seven authors at different times, selling their books, and talking about the union, and our mission with any passersby who were interested. People were excited about the National Writers Union, and bought books, and talked about writing and the writing life, and the purpose of the union.

The booth we had was a success. We received a lot of names of people who are interested in information about the union and possibly joining; we handed out buttons, postcards, and candy. Everyone had a great time, and we hope we can participate next year to meet more people, and spread the word about the Union.