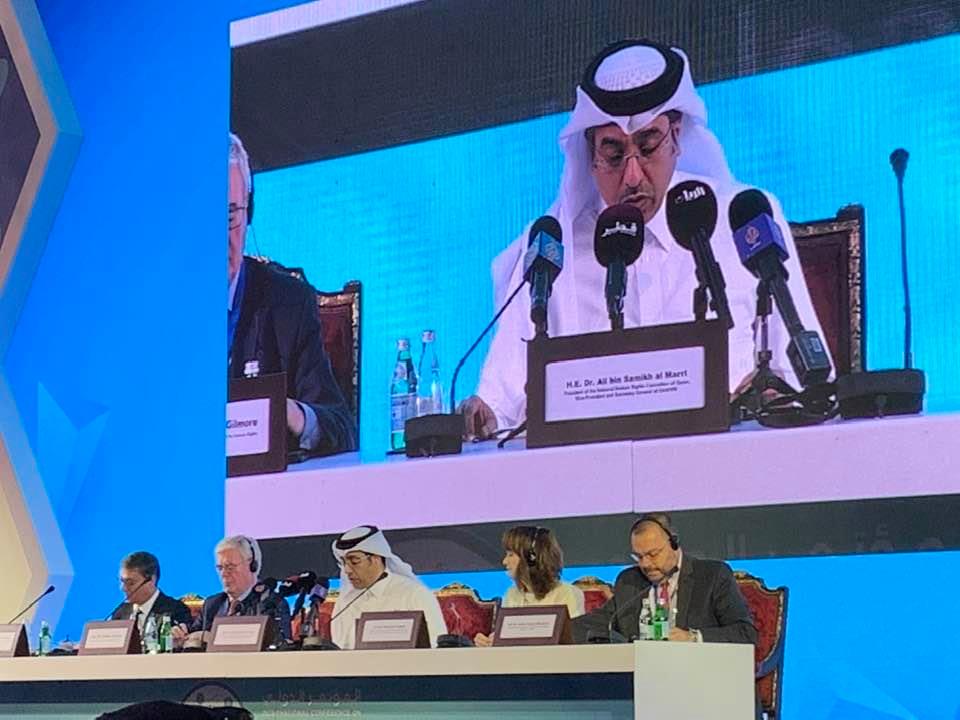 The series of speakers, plenaries and working groups focused on the challenges and ways to promote freedoms and defend activists. One working group was titled, “Can Established News Platforms Survive Social Media?” NWU President Larry Goldbetter was on that panels along with IFJ representatives from Peru, Australia and France. His remarks were based in large part on the article, The Billion-Dollar Misinformation Campaign to Re-elect the President by McKay Coppins, in The Atlantic (March 2020).

“Nowhere is the tension between social media and established news outlets more on display than in US presidential politics, especially the previous and upcoming elections. But before we get to that, let me first set the stage:

But Facebook stands apart from the others.  With nearly 2.5 billion active users, almost one-third of the world’s population, Facebook has collected untold amounts of personal data, volunteered by Facebook users as we use the service.

In the lead-up to the 2016 election, consulting firm Cambridge Analytica was able to scrape personal data from tens of millions of Facebook accounts and use them to create psychological profiles of American voters.

This year’s presidential is being shaped by bot attacks,  micro-targeted fearmongering, and anonymous mass texting. Both parties have these tools at their disposal. But they have different personas.

The Trump campaign is planning to spend more than $1 billion in coalition with partisan news media, outside political groups, and an army of freelancers. They are poised to wage what could be “the most extensive disinformation campaign in U.S. history.”

In 2016, lagging well behind on TV ads and in fundraising, the Trump campaign turned to Google and Facebook, where ads were cheap and shock value was high. The campaign poured tens of millions into online advertising—amplifying themes such as Hillary Clinton’s criminality and the threat of radical Islamic terrorism.

From June to November, Trump’s campaign ran 5.9 million ads on Facebook, while Clinton’s ran just 66,000. A Facebook executive said that Trump “got elected because he ran the single best digital ad campaign I’ve ever seen from any advertiser.”

The key to this was the campaign’s use of micro-targeting; slicing up the electorate into distinct niches and appealing to them with precisely tailored digital messages. So, an ad opposing Planned Parenthood might not get seen on TV or in a newspaper. But with a targeted add to a specific audience of Roman Catholics on their Facebook newsfeed, it gets a much more direct response. Micro-targeting allows campaigns to whisper in the ears of millions of voters.

Barack Obama’s campaign used it in 2012, and Clinton in 2016. But Trump’s effort in 2016 was unprecedented. In the final days of the 2016 race, Trump’s team tried to suppress turnout among black voters in Florida by slipping ads into their News Feeds that read, “Hillary Thinks African-Americans Are Super Predators,” which she had said that, but years before the campaign. That was one of three major voter suppression efforts, the other two targeting young women and white liberals.

The weaponization of micro-targeting began with the data scientists at Cambridge Analytica, which began as part of a military contractor that targeted terrorist groups and drug cartels. The emphasis shifted once the conservative billionaire Robert Mercer became a major investor and installed Steve Bannon. Using a massive trove of data it had gathered from Facebook and other sources—without users’ consent—Cambridge Analytica developed detailed profiles” of every US voter.

The campaign ran hundreds of iterations of a single message, adjusting the language, the music and colors of the “Donate” buttons. In the 10 weeks after the House of Representatives began its impeachment inquiry, the Trump campaign ran roughly 14,000 different ads containing the word impeachment.

Both parties will rely on micro-targeted ads this year. The Republican National Committee and the Trump campaign have reportedly compiled an average of 3,000 data points on every voter in America. They have spent years experimenting with ways to tweak their messages based not just on gender and geography, but on whether you own a gun or play golf. These ads are used for fundraising and mainly for mobilizing the core base, which they see as the key to victory.

Beyond Facebook, the campaign is also investing in a texting platform that could allow it to send anonymous messages directly to millions of voters’ phones without their permission. Until recently, people had to opt in before a campaign could include them in a mass text. But with new “peer to peer” texting apps, including one developed by a senior Trump adviser, a single volunteer can send hundreds of messages an hour, skirting federal regulations by clicking “Send” one message at a time. These messages aren’t required to disclose who’s behind them, thanks to a 2002 ruling by the Federal Election Commission.

Many experts assume that these regulations will be overhauled sometime after the 2020 election. For now, campaigns from both parties are collecting as many cellphone numbers as possible. The ability to reach voters is unparalleled: While robocalls get sent to voicemail and email blasts get trapped in spam folders, peer-to-peer texting companies say that at least 90 percent of their messages are opened.

WAR ON THE PRESS

Last summer, The New York Times reported on a coordinated effort by a coalition of Trump allies to air embarrassing information about reporters who are critical of the Trump administration. The Trump campaign has scraped social-media accounts belonging to hundreds of political journalists and compiled years’ worth of posts into a dossier.

In the past year, they have gone after journalists at CNN, The Washington Post, and The New York Times. They exposed one reporter for posting a derogatory term for gays seven years ago, and another for posting anti-Semitic and racist jokes a decade ago. The dossier could have up to 2,000 journalists, academics, politicians, celebrities, and other potential Trump foes.

This effort is not aimed at exposing media bias or trying to correct what Conservatives view as a liberal viewpoint in the mainstream press. Instead of trying to reform the press, or critique its coverage, they want to destroy the mainstream media altogether.

When the press as an institution is undermined, facts don’t matter anymore. They just become part of the Tower of Babel, equal in weight with all other rumors and “alternative facts.” A CBS News/YouGov poll found that just 11 percent of strong Trump supporters trust the mainstream media, while 91 percent turn to the president for “accurate information.”

According to one study, bots accounted for roughly 20 percent of all the tweets posted about the 2016 election during one five-week period that year. And Twitter is already infested with bots that seem designed to boost Trump’s reelection.

Disinformation is likely to continue until big tech companies are forced to take responsibility for it. There are currently proposals to amend the 1996 Communications Decency Act, which shields online platforms from liability for messages posted by third parties. Companies such as Facebook and Twitter should be required by law to police their platforms for disinformation and abusive trolling.

Since the Cambridge Analytica scandal, Facebook founder Mark Zuckerberg has been called to testify in front of the Senate and again in front of the House Financial Services Committee. He was confronted by NY Congresswoman Alexandria Ocasio-Cortez about his policy of posting totally false political ads. She asked, “Could I buy a false ad, claiming a Conservative Republican was supporting the Green New Deal?”  Zuckerberg answered, “I’ve never thought about it, but I guess, Yes!”