You are here: Home / News / Notes on the Harlem Book Fair 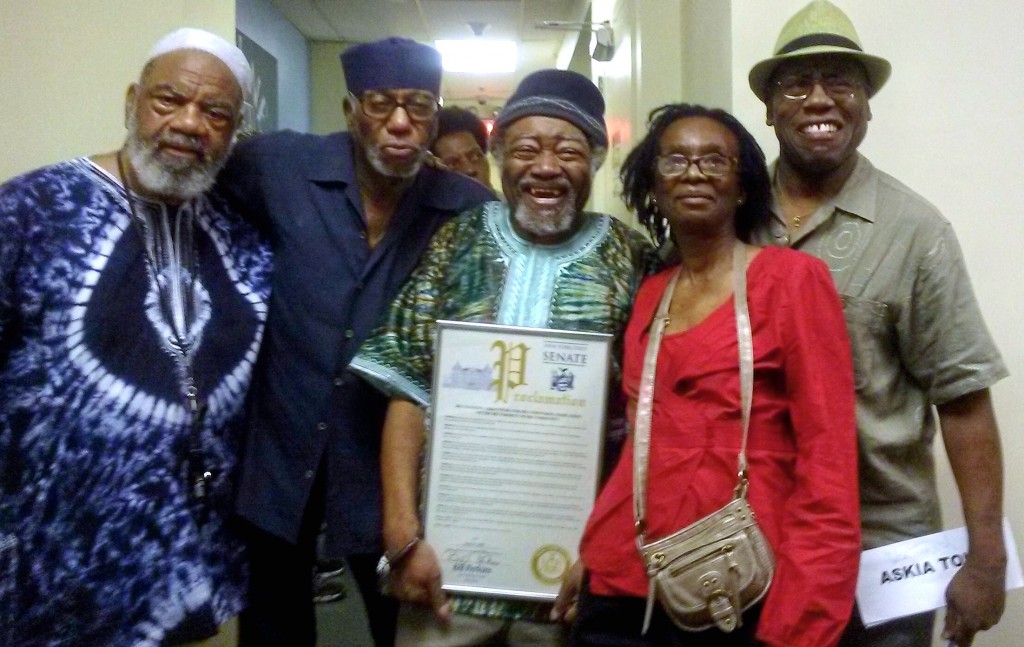 African voices can be muffled by white supremacy and racism, but poets and writers who are invested in self-determination will find a way to get their words out. Panelists who participated in the National Writers Union discussion, “Silencing Black Writers in the USA,” shared these and other perspectives at the Harlem Book Fair in late July.

The event attracted a standing-room only audience in the historic American Negro Theatre on 135th Street, where Ossie Davis, Ruby Dee, and Sidney Poitier launched their stage careers. 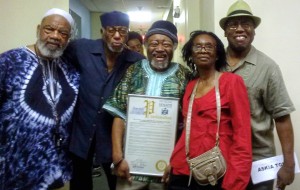 After the panelists briefly discussed their work, each focused on the theme of the evening. Franklin asserted that White supremacy and racism have lowered the volume on African Writers’ voices, and had a role in denying Black people an outlet in mainstream American media.

Toure, co-founder of the Black Arts Movement, which blossomed in Harlem in the sixties and seventies, then flowered nationally, shared how BAM writers believed in self-determination, and began to start their own publications and publishing coops, getting their newspapers, magazines, poems, short stories, and essays into the hands of Africans in America.

Many refer to this era as the Second Harlem Renaissance, when poets Sonia Sanchez, Nikki Giovanni, Larry Neal, and Amiri Baraka emerged as luminaries during a fertile artistic period.

While DIY publishing proved successful in many ways, it ultimately faltered for lack funds.

Tallie noted that poets and writers of her generation sensed that they were not be going to published by white-controlled mainstream presses, and chose to follow the BAM bards’ example by creating publishing enterprises, out of which her first volume of poetry was issued.

Wright-Lewis spoke of the value of placing work with independent publishers. Her novel, Passion’s Pride: Return to the Dawning, is a recent release from Hardball Press, founded by Tim Sheard. He, along with steering committee co-chair Alexandria Faiz, biographer Peter Benjamin, and poet Raymond Nat Turner, were among the NWU contingent.

Tallie and Toure offered impassioned readings of their poems to the enthusiastic audience. Another highlight of the evening was Connecticut-based NWU member Bolade Akintolayo’s reading of a proclamation from the office of State Senator Bill Perkins (D, Manhattan), honoring Toure for his colossal contributions to African-American letters.

The celebrated poet’s engaging smile spoke to his deep satisfaction. He thanked NWU and the Harlem Book Fair, and then shouted out the names of literary comrades who are now with the ancestors as the audience gifted him with a standing ovation.