On October 15th, sixteen (and counting) graduate unions across the country will be participating in “We Are Workers: National Graduate Worker Day of Action,” a series of coordinated events aimed at gaining public support for the grad unionization movement and pushing the NLRB to move quickly and in our favor as we work to overturn […] 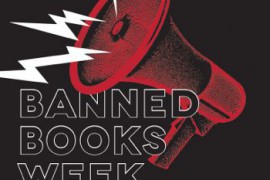 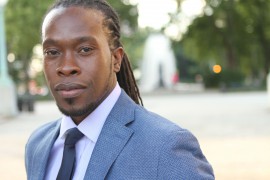 As you may know, I left the NWU in January in hopes of getting my one-man show up by fall. As the months passed, the pieces did not seem to come together. That’s when I decided to up the stakes and submit my show to two festivals. Money continued to run out with no word […]

Calling all members, family and friends who would support our member’s musical stage debut tomorrow night, Tuesday, Oct. 6, 2015 at 9 pm… One of the National Writers Union members, Garrett Buhl Robinson, is making a monumental step in his career performing Off-Broadway at Theatre Row! His musical, Letters to Zoey, is based upon his experiences in 1992 […]

New York, January 13 – Today was the second and final meeting between NWU and visiting writers and playwrights from the Zhejiang Provincial Writers Association of China. Today’s meeting was hosted by the CUNY Murphy Institute’s US-China Exchange Project. It was an insightful sharing, where in the advent of globalization, the Chinese people and government […] 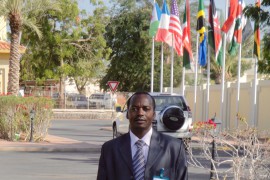 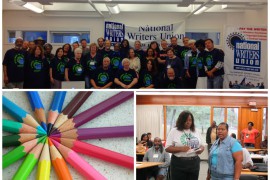 2015 Delegate Assembly More than 50 members and guests attended the National Writers Union Delegate Assembly (DA) this summer in New York City. The delegates were selected from chapters around the country, and reflected a wealth of diversity in terms of age, race, and gender. We also welcomed new chapter chairs from New York; Washington, […]